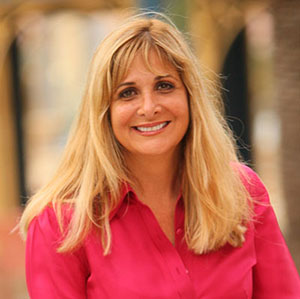 Miranda, who worked with O’Connor for four and a half years as vice president of development at the Boys & Girls Clubs of Palm Beach County before arriving at the chamber seven years ago, said it will take some time to re-engage.

“It has been seven years since I’ve been there, and Mary has done a tremendous job of building that organization,” Miranda told the Town-Crier on Tuesday. “It’s a lot different from when I was there, from the standpoint of new facilities, new clubs that have been built and the budgets have been increased, with a lot more programming at the clubs and a lot more educational components that are being funded. Any time you go into a new organization, you need some time to assimilate.”

“It’s a significant change from a standpoint of not only day-to-day responsibilities, but also the management of a much bigger nonprofit organization in the county,” Miranda said.

Miranda listed construction of the new chamber facility in Loxahatchee Groves and the merger of the Palms West and Greater Lake Worth chambers of commerce as her top accomplishments during her seven years with the chamber.

“Along with the merger, there was keeping the asset of the second chamber building in Lake Worth,” she said. “Working through that process, we were able to maintain that building.”

The chamber also increased its membership by 50 percent with the merger and undertook a large rebranding effort to create the Central Palm Beach County Chamber of Commerce.

She also cited ongoing economic development initiatives as major accomplishments. “The opportunity is definitely there for the organization to step up and be a much bigger player,” she said. “It has been a busy seven years.”

Salsafest and the Royal Palm Art & Music Festival were among the new special events added during her tenure at the chamber, and all the events grew year-by-year during that time. “With the merger, we took on four additional events,” she said, bringing the total of chamber special events to 18.

Miranda is also proud of the work of the chamber’s board of directors, which is engaged and represents strong volunteer leadership.

“That’s extremely important for any nonprofit,” Miranda said. “We have 40 board members, and I think 60 trustees now. I trust that they will conduct an appropriate search, both internal and external candidates, and select the right individual to take the lead of the organization from a staff perspective, and build on what I created.”

Due to the increased visibility and reputation of the chamber, Miranda said she fully expects the organization to continue to grow and be a force in Palm Beach County.

Miranda’s last day with the chamber will be July 31, and she will start her new job on Aug. 6.

During the search for a new chamber CEO, Vice President of Marketing Marylou Bedford will take over as interim CEO, according to a statement from Chamber Chairman Frank Gonzalez.

Although O’Connor is taking on a new national Boys & Girls Club role, Miranda said that she would still be involved locally.

“Her job is to work with the largest clubs in the country, and Palm Beach County ranks as one of the largest, so she will continue to provide assistance to us,” Miranda said. “She will still be working with the organization here in Palm Beach County, which we’re extremely excited about, to keep her in the fold and make sure that we never lose her because she is such a tremendous asset.”

O’Connor said her new position is one that the national organization created in the past few months to look at how its clubs can better serve the largest affiliates in the country.

“Quite honestly, the largest organizations represent the vast amount of funding that comes in and a huge percentage of the number of youth that are served throughout the country every year,” O’Connor told the Town-Crier on Tuesday. “What happens at the big clubs is usually a precursor to what is going to happen throughout the country, so having someone who’s dealing directly with those clubs, and determining trends and best practices, is something that will help all the Boys & Girls Clubs and all kids throughout the country. It’s exciting for me. It’s a new chapter in my life.”

O’Connor, who has been with the Boys & Girls Clubs of Palm Beach County for 24 years, said it has been a phenomenal experience.

“We’ve grown in that period from two clubs to 13, serving 450 kids a year to 7,000,” she said. “I kind of have a deep and true understanding of what it is to run a big club, and the stresses involved, and the things that need to be done to make sure that we provide quality services to kids.”

O’Connor said she looks forward to her new role, but is also happy that the Boys & Girls Clubs of Palm Beach County is one of the biggest clubs in the United States.

“Even though I’m leaving on a day-to-day basis, I’ll still there to work with them and provide services that they need,” she said.

Living near State Road 7 and Lake Worth Road, she said the opening of the new club in Wellington was something she had worked on for many years. “Once that was open, I kind of felt like I had met my own internal goal,” she said. “It’s a perfect time for me to move on into a different position.”

Her home base will still be in Palm Beach County although she will be telecommuting, and physically traveling all over the country. “The big clubs are in the big cities, so San Francisco, L.A., New York, D.C. and Chicago, but I’ll be based right here in Palm Beach County,” she said.

O’Conner is thrilled that Miranda has been selected to come in as the new CEO.

“I think, first of all, she knows us,” O’Connor said. “She worked for us. I worked very closely with her during the years that she worked for us, and was, quite honestly, very sad when she left. But it was a good move on her part because it gave her the skill set she’s going to need in terms of actually running an organization… She’s a great choice. It’s good for everybody. It’s good for Palm Beach County and hopefully for kids throughout the country.”