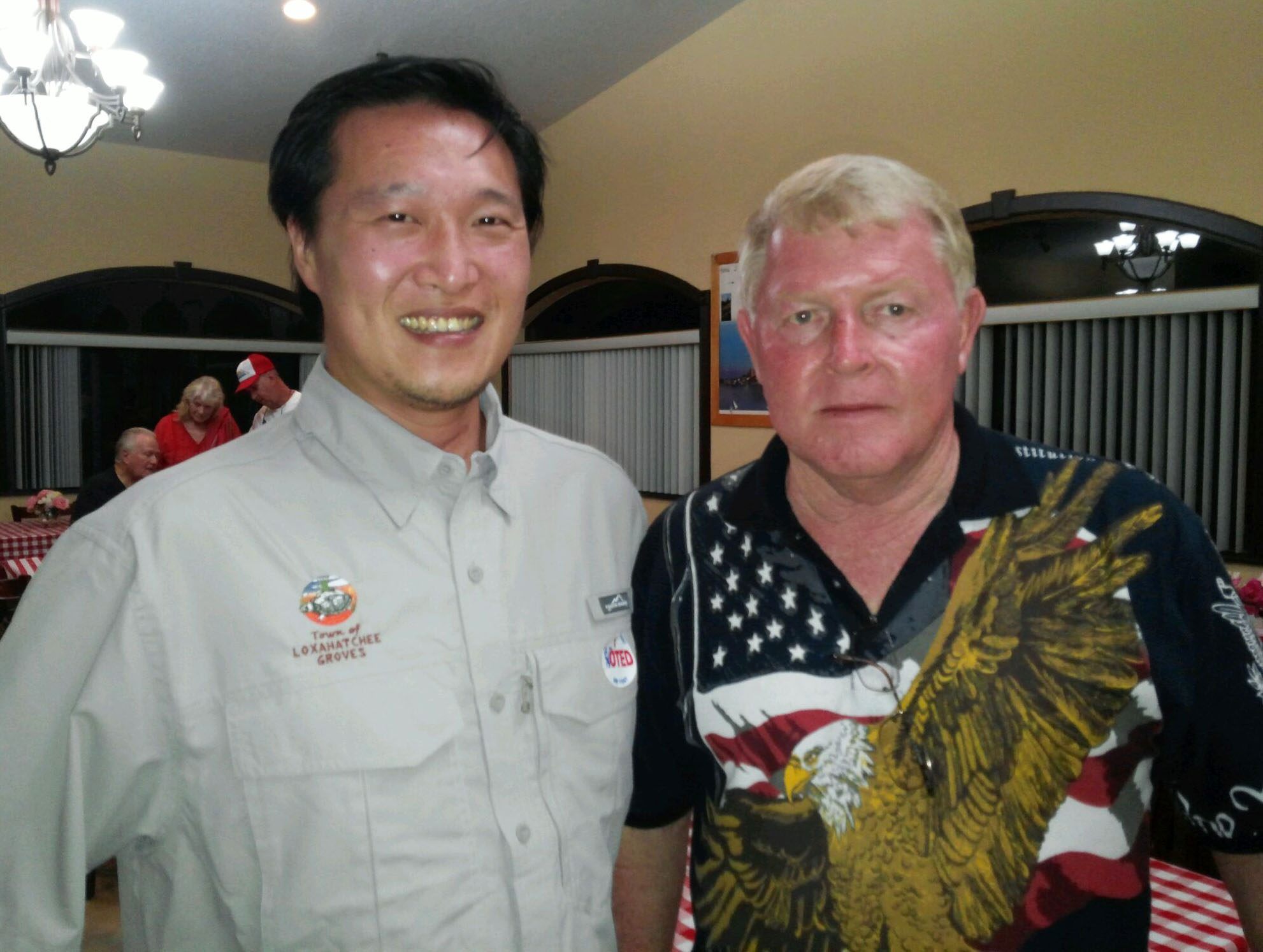 Jarriel was the election’s top vote-getter. According to unofficial returns from the Palm Beach County Supervisor of Elections Office, Jarriel took 307 votes (57.2 percent), while challenger Virginia Standish claimed 230 votes (42.8 percent) in the race for Seat 1.

Liang’s victory was much closer. He received 275 votes (50.8 percent), only nine more than challenger Harris, who received 266 votes (49.2 percent), also according to unofficial returns.

However, the results are clouded by allegations that Liang’s supporters requested absentee ballots for Loxahatchee Groves voters and then approached them seeking their votes.

Harris told the Town-Crier on Wednesday that he is challenging the results.

“This election that was held yesterday is still ongoing,” said Harris, who has been a vocal dissident to current council policies. “It has been indicated to me that the supervisor of elections has turned this over to the Florida Department of Law Enforcement, and it is my understanding that the Palm Beach County State Attorney’s Office has taken interest in this. I am conceding nothing.”

Harris said he has hired an attorney to pursue the issue further, and felt that his drawing almost half the votes indicate that many people are unhappy with council activities. “I have been a critical activist for the past six to eight months, and 49 percent of the town’s population agrees with me,” he said. “The results are currently showing that Loxahatchee Groves has now become the capital of ‘Corruption County.’”

Harris’ attorney, Richard Jarolem, said Supervisor of Elections Susan Bucher received a complaint from Loxahatchee Groves resident Bill Ford that he and his wife had received absentee ballots that they did not authorize.

Jarolem said that he did not believe that the situation was isolated to one instance.

“What we’re understanding is that those two individuals who received absentee ballots were not alone,” he said, “and that there were many other absentee ballots that appeared without request. If that is substantiated, that someone else made the request without authorization, that violates Florida law [and] constitutes a felony for each and every ballot.”

Jarolem noted that the election pivoted on the results of the absentee ballots.

“Keith won at the polls, the actual live physical voting, with a differential that right now Mr. Liang enjoys as a result of the absentee ballots,” he said. “This is one of the things that Mr. Harris feels pretty strongly about, that regardless of how the count goes, he wants the integrity of the process to be defended, and that’s really where he’s coming from.”

Although the race was close and will be contested, Liang said he is happy and relieved to be the apparent winner.

“I’m going to wait to see what the supervisor of elections says, and whatever she says, we’ll go with that,” he said. “It was a close race, and I was expecting it to be close. They were extremely motivated.”

Liang said his goals for the next three years are to resolve the outcome of the Federal Emergency Management Agency flood maps to get more if not all of the town out of the flood zone and thus prevent residents’ flood insurance costs from increasing.

“We are working on that right now, and the other thing I feel we really need to work on is a road policy for the town,” he said. “A lot of people are asking about road improvements on non-district roads, and we need to decide on what is the best policy for everybody.”

Liang said he is happy that the campaign is over. “I’m definitely looking forward to being back on the council and working for the residents of Loxahatchee Groves,” he said.

Jarriel said he plans to continue the town’s priorities for healthier and safer roads.

“Some people can’t understand what I say about healthier, but the dust [from the dirt roads] is very unhealthy,” he said. “Drainage is a priority because that’s two ways that I can really put back into the community and serve the people,” he said.

“That’s going to help our community by allowing people to walk or ride or hike through Loxahatchee Groves and see all the diverse things that we have,” he said. “I’m going to push a little bit harder than I have because I feel that it has taken too long to get the construction of these trails going, but I believe that it will pick up in the next two to three months.”

He also wants to continue to support the construction of the Palm Beach State College campus, which broke ground recently.

Loxahatchee Groves also had three referendum questions on the ballot.

The first question, asking residents whether they favor a charter change to move election provision changes from the town charter to an ordinance, failed with 262 No votes (53.14 percent) to 231 Yes votes (46.86 percent).

The second question, a non-binding poll asking residents whether they want their roads paved, passed with 304 Yes votes (58.91 percent) to 212 No votes (41.09 percent).

However, the third question, a non-binding poll asking residents if they would be willing to pay for paving projects, failed with 350 No votes (67.57 percent) to 168 Yes votes (32.43 percent).

ABOVE: Councilmen Ryan Liang and Ron Jarriel on election night.