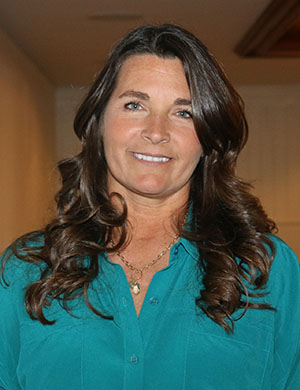 Newly appointed Wellington Councilwoman Tanya Siskind is preparing for her first council meeting on Tuesday, April 26. She has also been busy doing the necessary paperwork required once she was named last week to fill Seat 2, left vacant when Mayor Anne Gerwig was elected to her current position.

A member of the village’s Education Committee and active with the PTA and the Junior League, Siskind said it was not a complete surprise to be selected from 30 applicants for the post.

“Obviously, I didn’t know if they would select me, but I definitely saw my experience as a natural fit, so it didn’t totally surprise me,” she told the Town-Crier on Tuesday. “With as many qualified candidates as there were, I was very honored, and pleasantly surprised in that way.”

Siskind was appointed to the Education Committee last year by Councilman John McGovern, who is a product of the village’s public schools and has said that he wants to remain focused on education as one of the desirable aspects of the village.

“Education is definitely one of the most important aspects,” Siskind said. “It’s one of the reasons parents choose to live here and raise their children, which benefits the community all the more. Our schools have high parent involvement, and that shows in the excellent schools we have.”

Siskind has an MBA from Pepperdine University in California and a bachelor’s degree from the University of Maryland. She is president of the Binks Forest Elementary School PTA and vice president of the Palm Beach County Council of PTA/PTSA, where she conducts leadership training.

Serving in volunteer positions most recently, Siskind left the business world as an executive placement consultant years ago to raise her three children.

“I haven’t had a paid position for a long time,” she said. “I did recruiting for a company called Stanton Chase International after I got my MBA and moved back to Baltimore from Los Angeles. I worked for them for about a year, and then I decided to do independent contracting and started my own company to have more flexibility.”

As a consultant, Siskind placed senior executives, focusing on industrial manufacturing, information technology, higher education and nonprofits. “You name it, I probably worked on it,” she said.

Siskind believes that her professional background was taken into account when the council selected her. “I have a background where I know a lot about several different industries,” she said.

With her three children now in elementary, middle and high school, Siskind said she is ready to take her life to the next level to help the broader community.

As the council’s newest member, Siskind said she has been busy meeting staff and getting settled in. “I am very excited,” she said. “It’s going to be good.”

Siskind noted that she is a good manager. “I’m a good juggler and manager,” she explained. “Time management is my thing.”

Siskind was selected as Wellington’s newest councilwoman in the second round of nominations last Wednesday after council members deadlocked 2-2 over the appointment of former Councilman Dr. Carmine Priore.

Siskind will serve until the March 2018 election, when she will have the option to run for a full four-year term.

“I’m obviously thrilled that I was given the appointment,” she said. “I think this new council is going to do really great things, and I think I’ll be an asset to the council. I think they thought so, too.”

On her candidate questionnaire, Siskind wrote that she wanted to serve on the council because she thought it was an opportune time for positive growth and moving forward.

She believes that the concerns and priorities of the council should be those that benefit all Wellington residents. “We are fortunate to live in such a wonderful community, and the council should continue doing what it already does to make Wellington so great by focusing on the issues that are important to residents in the community,” she wrote. “I would address concerns and priorities of the council by gathering information, listening to all sides of an issue and making informed decisions.”

Siskind has served as president of the Binks Forest PTA since 2011, where she directs a board of seven officers and about 20 committee chairs. Since 2014, she has served on the Palm Beach County Council of PTA/PTSA and is now vice president of leadership. In that post, she conducts training and support to 58 county PTAs.

For the past 10 years, Siskind has worked with the Junior League of the Palm Beaches, which specializes in community partnerships and children’s education, sitting as a committee chair or a member. She earned the Above and Beyond Award in 2007 for raising the most money, and worked with the Children’s Healing Institute to provide a support group for families with babies in the St. Mary’s Medical Center neonatal intensive care unit, as well as numerous other activities.