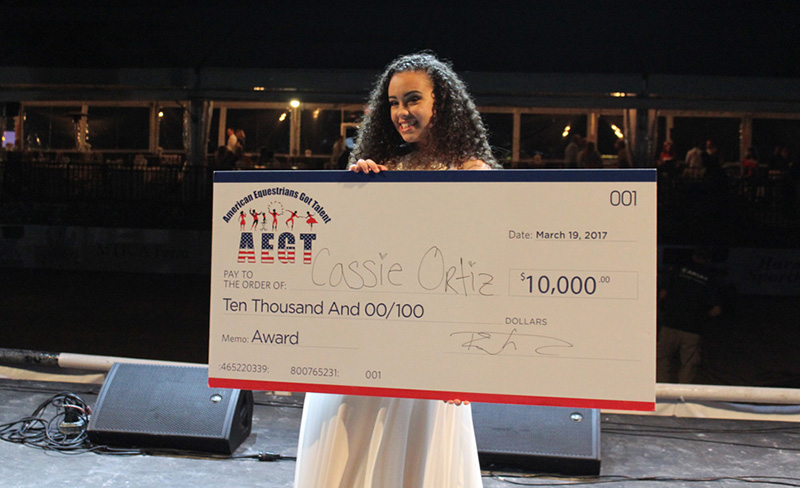 The American Equestrians Got Talent 2017 Finale, hosted by Robert Dover and P.J. Rizvi, was held at the Adequan Global Dressage Festival pavilion in Wellington on Sunday, March 19. Cassie Ortiz was named America’s most talented equestrian and took home the $10,000 grand prize after two singing performances. Ortiz was a wild-card performer for the event, who competed among all the finalists from the season’s previous weeks. Other final-round contestants were Grady Lyman, Michael Boone, and Kylie Peitz and Alex Jones.