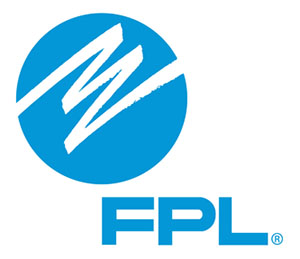 Florida Power & Light is undertaking a major upgrade of power lines in portions of Loxahatchee Groves, which should be a relief to some residents who have historically been among the last to get their power restored after a hurricane.

“FPL is hardening or strengthening the power structure in the town, and they’re starting at Southern Blvd. heading north up West D Road,” Loxahatchee Groves Town Manager Bill Underwood said. “The poles are going to be taller, and there are going to be brand-new wires strung from Southern to Collecting Canal and west up to C Road. Once they get to C Road, they head north to Okeechobee, and that’s going to be new poles.”

The new installations will be a combination of concrete and new wooden poles, with concrete poles likely to be installed at Southern Blvd. and crossing Collecting Canal, Underwood said.

“Most of them are bigger-in-diameter wood poles that are supposed to withstand heavy winds up to 145 miles per hour,” he said, adding that the existing underbrush will be cleared out as FPL puts in the new wires and poles.

The FPL project started this week.

“Assuming the weather is good, it will be about two months for the first leg to C Road, and two months from Collecting Canal to Okeechobee,” he said. “Apparently, the wire is going to go higher. It’s going to be on larger poles. They will cut the old poles down to where the telephone line is attached, and those companies will have some period of time to move their attachments over to the new poles.”

The poles will also be closer together.

“They found that the distances that they used to run, up to 200 feet between the poles, was too much,” Underwood continued. “It’s going to be a shorter distance between the poles. It should last longer, and it should strengthen the connection going north significantly.”

At some point, FPL will be strengthening the lines running along Okeechobee Blvd. itself, although a specific timeline has not been developed, Underwood said.

“There’s lots of massive improvements, at least in that infrastructure,” he said.

Ken Johnson, an officer with the town’s Community Emergency Response Team (CERT) and a resident of Collecting Canal Road, said the improvements are welcome for a community that has historically responded to its own emergencies and cleared roads, rather than wait for outside responders.

The improvement, however, is nevertheless bittersweet for Johnson.

“Anytime they want to harden the lines, that’s fine with us, because that means they should withstand hurricane-force winds better, and the poles should stay up and not come down,” he said.

However, he wishes that FPL’s contractors would trim farther down under the power lines.

“This is a problem I’m dealing with as an individual, not with CERT,” Johnson said. “They go out and clear brush and trees that have grown up into the lines, but the problem is that they don’t do that frequently enough. I’ve got vegetation right now along Collecting Canal Road and on the property line between myself and my neighbor to the east of me, and it’s all up into the lines.”

Unfortunately, that area is not part of the current project.

“I see their crews have started clearing below the lines farther east of me on Collecting Canal,” Johnson continued. “I said: ‘Great job. When are you going to get to the corner of B [Road] and Collecting Canal?’ The guy looks at his work order and he said, ‘Well, you’re not on the list.’ I said, ‘Why not?’ He said, ‘We’re going to clear up to C Road, and then we go north on C Road.’”

FPL representative Christopher McGrath said the project is one of two in the area to improve service.

The C Road/Collecting Canal/D Road project is 125 poles. Another project closer to Lion Country Safari is 89 poles, which will also take about four months, McGrath said.

“It’s part of our hardening program,” he said. “It’s part of our commitment to build a stronger grid. It’s something that we’ve been doing across the 35 counties we serve, including Palm Beach County, since 2006.”

McGrath said that FPL has invested nearly $3 billion as part of the effort, which includes stronger power poles, plus new technology to improve resiliency.

“We’re doing this throughout the state,” McGrath said. “This is something that we’ve been doing since 2006 after the storm seasons. It was devastating, and we learned that we had to upgrade the infrastructure, so this is what we’ve been doing for the better part of a decade, and we saw significant benefits for customers.”

While the C Road/Collecting Canal/D Road project is underway, certain portions of the roads will be closed to through traffic, with detours posted. Visit www.loxahatcheegrovesfl.gov for more information.