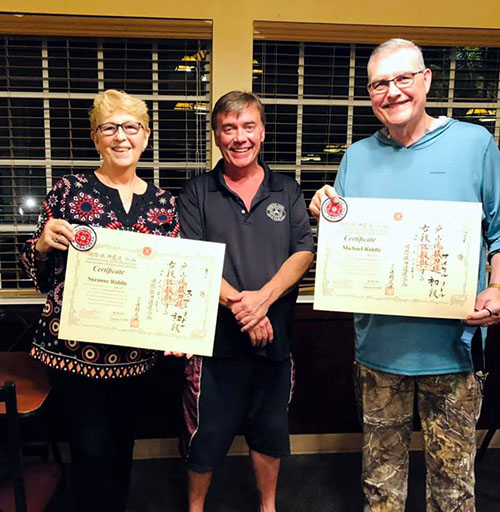 Genbu-Kai Karate recently announced the advancement of two adult students to the rank of Sho-Dan (first degree black belt) in the art of Batto-Do. Michael and Suzanne Riddle traveled to Santa Ana, California, early in 2020 to test for this level, also competing and placing during the annual championships. They were presented their new ranks during the annual Genbu-Kai Karate Florida Christmas party. Batto-Do is the Japanese art of drawing and cutting with the Japanese katana. Shown above (L-R) are Suzanne Riddle, Sensei Keith Moore and Michael Riddle.