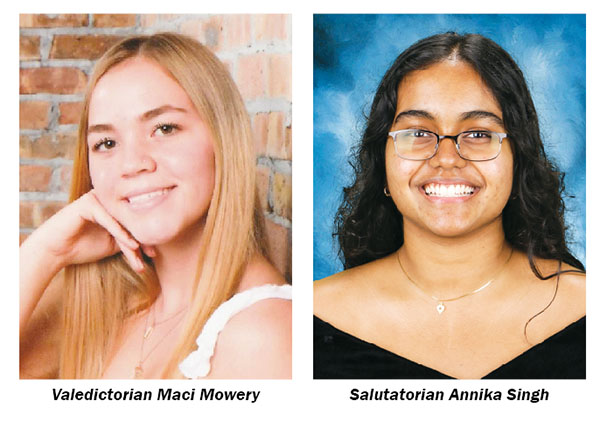 Some 515 graduates from Seminole Ridge High School will get to participate in something their predecessors of a year ago were denied, a processional in cap and gown to commemorate graduation.

“It’s not exactly back to normal,” Seminole Ridge Principal James Campbell said. “It’s getting closer though. They will have a processional in cap and gown. They will be in an auditorium spaced out across the stage, then they will walk to the other half of the auditorium where their parents and guests are seated in pods of two.”

The ceremony will be held Wednesday, June 16 starting at 8 a.m. at the South Florida Fairgrounds Expo Center.

Campbell said that he is very impressed by the students in the Class of 2021.

“For the past 15 or 16 months, they have gone through remote learning, and they continued to work toward their diplomas and did their best. They missed out on many activities. I’m sad that these activities are gone, and they won’t be able to have those memories,” Campbell explained.

Campbell said he was particularly impressed by valedictorian Maci Mowery and salutatorian Annika Singh, as to how they handled the many changes throughout the year to still come up first and second.

These top members of the class will speak live at the graduation ceremony, joined by Campbell and several others.

Valedictorian Maci Mowery — Mowery has a GPA of 4.01 and a cumulative HPA of 5.2. She has an older sister, and she is all ready to go to the University of South Florida in the fall, where she will be studying health sciences.

“I never made a decision to strive for valedictorian or salutatorian. I just noticed in my junior year and continued to make efforts to keep my grades up,” Mowery said.

Involved in volleyball and lacrosse, as well as the National Honor Society and the Women’s Empowerment Group, Mowery also worked in the food service industry during high school.

One of the challenges Mowery found this past year was managing scheduling, because she has dual enrollment, which added another difficulty in dealing with virtual classes. “It’s a completely different system for signing in for the college classes,” she said.

Mowery has some advice to future graduates. “Start working hard from the beginning,” she said. “Life is easier when you stay motivated, do something.”

In terms of optimism toward the future, Mowery would give a score of eight on the 10-point scale. That is because she feels like there has been a progression toward success.

Salutatorian Annika Singh — Singh lives with her parents and her two younger brothers. With a cumulative GPA of 3.9041 and a cumulative HPA, which includes the honors points, at 5.0753, Singh will be attending the University of Florida studying biology with plans to become a pediatrician.

Singh said she never actually decided she wanted to strive for the valedictorian or salutatorian honor but it was always in the back of her mind. “It looks good on a résumé, so I wanted to do my best,” she said.

A typical day during remote learning meant she was able to sleep more because there’s no travel time to classes.

The advice Singh would give to her fellow graduates is, “Put your best foot forward. Every door that opens is a new chance for opportunity. You’ll never know where it may lead you.”

To students coming behind her, Singh said, “Be your biggest advocate, strive to enjoy the adventure, balance work and social engagements. Keep a precious balance.”

Singh is optimistic about the future of the world. “I have faith that coming generations are the most ambitious and driven,” she said. “They are more tolerant than previous generations.”