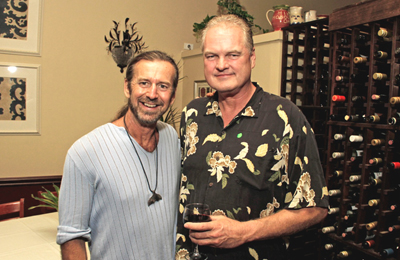 According to Nancy Marshall, president of the foundation, 125 supporters attended the successful event.

“This was the second of several social events that the Marshall Foundation will be hosting this year in Palm Beach, culminating with our seventh annual River of Grass Gala, which will be held on Saturday, Dec. 8, at the Colony Hotel Pavilion,” Marshall said.

Founded in 1998, the nonprofit organization has in recent years awarded more than $400,000 in scholarships and internships, planted nearly 100,000 native Florida trees in wetland areas, and involved more than 5,000 volunteers in hands-on restoration projects.

Above: Norm Gitzen of Wellington with Michael Sedan.