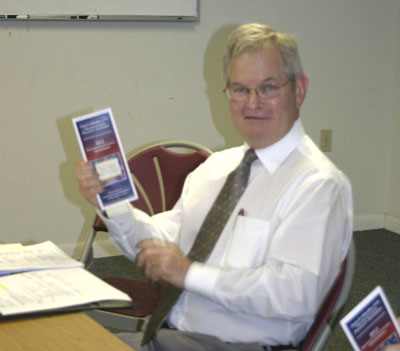 Acreage resident John Thomas, an employee in the Palm Beach County Property Appraiser’s Office, updated members of the Loxahatchee Groves Landowners’ Association last week on several of the 12 proposed amendments to the state constitution coming before voters in November.

At the July 26 meeting, Thomas explained that five of the amendments deal with property tax issues and could make his job appraising property much more complicated. Those amendments would provide additional exemptions for certain groups of people, Thomas said. “In the past, there was only the homestead exemption,” he said.

In 1992, the Save Our Homes amendment passed, which placed a 3 percent cap on the amount the assessed value can go up on a homesteaded property, which he said presented an unforeseen problem because there was no provision for the market to drop.

Through the years, many smaller exemptions were added. There are now about 30 different exemptions, including for conservation, widows, veterans and people with disabilities.

Thomas said that he thought the new proposed amendments would only add to the inequities in tax exemptions. “I suggest you go to the Division of Elections and read the amendments,” he said. “They are quite long. It will take about an hour and a half.”

Amendment 2 would allow an additional exemption for veterans with a combat-related disability who were not Florida residents when they went into the service, equal to the percentage of their combat-related injury.

Amendment 10 would provide an additional $25,000 exemption from ad valorem taxes levied by counties, municipalities, school districts and other local governments on tangible personal property. The current exemption is $25,000, and the amendment would increase the exemption to $50,000.

Amendment 11 would allow an additional exemption equal to the assessed value for low-income seniors who have maintained long-term residency on their property if it has a market value of less than $250,000. If an owner has maintained permanent residency on the property for not less than 25 years, has reached the age of 65 and has a low household income, the exemption must be authorized by the county or municipality.