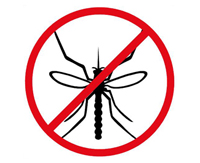 Palm Beach County Health Department officials say residents and horse owners should remain vigilant of West Nile virus and other mosquito-borne diseases in the aftermath of the recent flooding.

One horse in Loxahatchee was euthanized last week after contracting West Nile virus. It was the second confirmed case of the virus in Florida this year.

Health department spokesman Tim O’Connor said people should not focus too much on where exactly the horse was, but that the virus can spread quickly.

“The birds carry it, and the mosquitoes have a two-mile flight zone,” O’Connor said. “If they bite a bird that carries it, they don’t get sick and then they can transmit it, and birds can go anywhere. We anticipate it’s going to get carried.”

People need to be aware of the danger and take precautions, O’Connor said. “The good news is we’ve only had eight cases of West Nile virus since 2001, so it’s kind of indicative that people have done a pretty good job in protecting themselves from mosquito bites,” he said. “It’s also a credit to our mosquito control for knocking the population down.”

Mosquitoes also carry other diseases. “We have evidence from our sentinel chickens that St. Louis encephalitis is also out and about,” O’Connor said.

The Health Department has seven sentinel chicken outposts across the county. “That is our first defense,” he said. “They don’t get sick, but they carry it and we test their blood every week.”

O’Connor said mosquito control has been doing aerial spraying west of Military Trail. “They are going to go up again later,” he said. “They’ve knocked down the mature mosquitoes, so the new hatchlings have to grow a little bit, and they’ll keep working on those, as well. It’s an ongoing process. Hopefully they can keep the mosquito population down, but we’ve gotten lots of reports of lots of mosquitoes.”

The recent heavy rains and standing water across Palm Beach County can increase mosquito populations. “Mosquitoes are nearly always present in our tropical climate,” health department director Dr. Alina Alonso said. “As always, residents and visitors need to take precautions to prevent mosquito bites since there is no ‘season’ for mosquitoes.”

The health department recommends that residents make their properties less attractive to mosquitoes by taking the following precautions:

• Drain any standing water as even the smallest container can be a breeding ground for mosquitoes.

• Cover doors and window with screens and repair any holes or tears. Use air-conditioning when possible, which makes conditions unfavorable for mosquitoes to thrive indoors.

• Cover yourself with clothing including long sleeves, long pants and socks and use insect repellents containing DEET, Picaridi, or IR3535 following the manufacturer’s recommendation. Use netting for babies under 2 months of age.

For more on mosquitoes and the infections they can spread, visit www.pbchd.com or www.pbcgov.com/erm/mosquito.