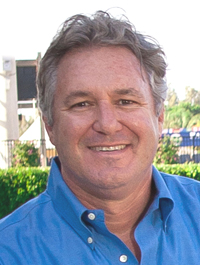 Wellington is a unique community for many reasons. For too long, Wellington has been divided into the equestrian and non-equestrian worlds. The majority of residents are not aware of Wellington’s equestrian offerings, and many equestrians have not been exposed to the broader Wellington community.

In 2008, Wellington Equestrian Partners sought to change that perspective. We purchased the Palm Beach International Equestrian Center and expanded the world-famous Winter Equestrian Festival. Using only private resources, we spent $30 million elevating the quality of the equestrian facilities and expanded international interest while at the same time making the equestrian world more relevant, accessible and affordable, whether it is for riding, jobs, spectator entertainment or philanthropy. Economic impact on the community doubled to $120 million annually. Our FTI Consulting Great Charity Challenge, driven by many generous equestrian families, has raised and distributed close to $3 million to Palm Beach County charities in three years.

At a time when we should be strengthening the community, there are forces that are trying to restore the divisiveness under the guise of preservation. Hundreds of thousands of dollars are being spent by the village and others in response to these efforts via litigation-related costs. Morale within the village is at an all-time low. The business community is in an uproar, divisive factions throughout the community are emerging, and Wellington is developing a reputation as anti-business. It will impact our future, and it needs to stop. These efforts are creating rifts within our council, between its citizens, and wasting resources that should be directed toward investing in our future. As a community, we need leadership from our elected officials and our citizens. We need to focus on what is important, celebrating all that is great about this community and building its future.

In August, I presented a $10,000 donation to the Western Communities Football League to support scholarships and new equipment purchases. It was their 20th anniversary celebration. I was so impressed by the quality of the facilities, the thousand attendees, the volunteers, the engaged village staff and families having a great time. They highlighted success stories and honored Joe Piconcelli, the program’s visionary founder. It is a microcosm of what is great about this community. Investments in time, money and resources all directed to developing the next generation — our children. When I thought about the hundreds of thousands of dollars, potentially millions, being wasted on engineers, consultants, lawyers and staff on frivolous lawsuits, it put everything in perspective for me. Not a week goes by without a request to me from an organization seeking money in support of a great cause. Relatively small amounts of money, which could have a great impact on our community in these tough times, are less available while significant money is wasted daily.

So today, we officially launch “One Wellington.” It will highlight what is great about Wellington with the goal of unifying the community. It will celebrate the unsung heroes in our community and identify fundraising initiatives for the missions they pursue. It will be a grant-based organization that will provide ad-hoc grants. Fundraising initiatives will also occur throughout the year. Our organization and some partners will seed the fund with $50,000. It is our goal to distribute hundreds of thousands of dollars annually to Wellington causes.

At our Holiday & Horses event in early December, we will select and honor a “Wellington Hero” nominated from within the community. Nominations for the “heroes” and grant requests can be entered at www.one-wellington.com. The board will be made up of diverse members of our community.

We need to stop building walls and start building bridges so that we can focus our money, time and energy on those things that enhance the community. While others obstruct and divide, we will invest and unite. I am hopeful that over time, this will be a model for how communities work together and that one day it can truly be “One Wellington.”

Opinion: Keep Up All Safety Precautions And Be Prepared To Get Vaccinated

Opinion: Together, We Can Stop The Spread Of COVID-19