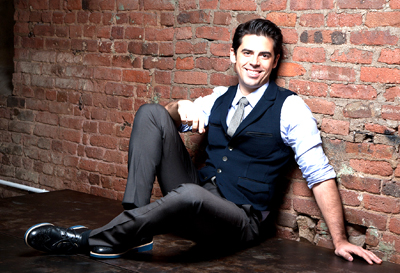 Led by music director and conductor Bob Lappin, the Palm Beach Pops performs more than 36 subscription concerts a year in South Florida at the Kravis Center for the Performing Arts in West Palm Beach, the Carole and Barry Kaye Performing Arts Auditorium at Florida Atlantic University in Boca Raton and the Eissey Campus Theatre at Palm Beach State College in Palm Beach Gardens, as well as at other national venues.

The 2012-13 season will open Nov. 3. Six-concert season subscriptions are now on sale for $125 and up. Concerts include:

• Autumn in New York — From the East Side to the West Side, Harlem to the Copa, Broadway to Tin Pan Alley, experience the music that embodies the heart and soul of the Big Apple. Performances will take place Nov. 3-5 at FAU’s Kaye Auditorium; Nov. 6 and 7 at the Kravis Center for the Performing Arts; and Nov. 8 at PBSC’s Eissey Theatre.

• Home for the Holidays — Enjoy holiday favorites along with standards from the Great American Songbook as the Palm Beach Pops bring season’s greetings to South Florida during the most magical time of the year. This series will feature Tony DeSare, an audience favorite from the 2011-12 season, and American Idol finalist, star of Broadway and television, Tamyra Gray. Performances will take place Nov. 26-27 at the Kravis Center for the Performing Arts; Nov. 28-30 at FAU’s Kaye Auditorium; and Dec. 2 at PBSC’s Eissey Theatre.

• Here’s to the Ladies — Broadway leading actress Christine Andreas joins the orchestra with a tribute to the great ladies of the American Songbook, including Ethel Merman, Barbra Streisand, Judy Garland and more. Performances will take place Jan. 4-6 at FAU’s Kaye Auditorium; Jan. 8 at PBSC’s Eissey Theatre; and Jan. 9 and 10 at the Kravis Center for the Performing Arts.

• The Maestro of the Movies: The Music of John Williams and More — Join the Pops as they pay tribute to one of the best composers of film, John Williams, the acclaimed composer for blockbuster movies such as Star Wars, Schindler’s List, Jaws, Superman and many others. Performances will take place Feb. 2, 4 and 6 at FAU’s Kaye Auditorium; Feb. 5 at PBSC’s Eissey Theatre; and Feb. 7 and 8 at the Kravis Center for the Performing Arts.

• Sensational Broadway — A Palm Beach Pops tradition, audiences will delight in the wondrous songs of musical theatre as the Pops bring Broadway’s favorite hits to the South Florida stage. Performances will take place March 27-29 at FAU’s Kaye Auditorium; March 30 at PBSC’s Eissey Theatre; and April 1 and 2 at the Kravis Center for the Performing Arts.

ABOVE: Home for the Holidays will feature audience favorite Tony DeSare.