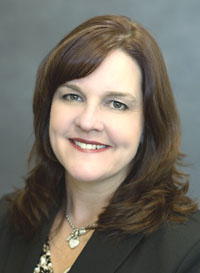 In her new role, Zimmer-Bordenave will direct and oversee management teams, operations and asset management for multiple Taubman shopping centers.

“Dorian has built a successful team and a great shopping experience at the Mall at Wellington Green, and I’m pleased to announce she’ll be working in a larger role with multiple Taubman shopping centers,” said Denise Anton, Taubman’s senior vice president of center operations.

A seasoned executive with several years’ experience in shopping center marketing and management, Zimmer-Bordenave began her career with Taubman in 2000 as marketing and sponsorship director for the Mall at Wellington Green. She was promoted to general manager in 2006 and has been active in the local community, including serving as chair of the Palms West Chamber of Commerce 2005-06. Prior to Taubman, she held sales, marketing and management positions in the retail, golf and media industries.

“The Mall at Wellington Green has seen some exciting growth. I’m gratified to have been part of that and of such a great community,” Zimmer-Bordenave said. “I look forward to expanding my role with Taubman, working with the best shopping centers in the country.”

Zimmer-Bordenave assumes her vice president responsibilities in early 2013, once her successor is identified and a local management transition has been successfully completed.