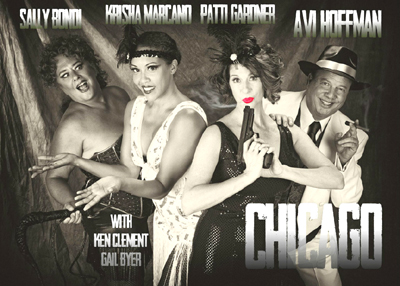 Chicago will open Friday, March 1 and run through Sunday, March 17 at the Willow Theatre in Sugar Sand Park in Boca Raton.

Add sex and sparkle to a combustible mixture of murder, greed, corruption and betrayal, blend with music and lyrics by the incomparable John Kander and Fred Ebb, stir in the unmistakable look of Bob Fosse’s choreography, combine with an incredibly talented cast of actors, and the result is the Boca Raton Theatre Guild’s upcoming production of Chicago.

In Chicago, John Kander, Fred Ebb and Bob Fosse created a work that flawlessly evokes its vaudeville setting. Flamboyant flappers, crooked lawyers and merry murderesses are all part of a sparkling script and a classic score that includes “All That Jazz,” “Cell Block Tango” and “Razzle Dazzle.”

BRTG producer/director Keith Garsson has assembled a stellar cast to bring some of Broadway’s most beloved and well-known characters to life: Avi Hoffman (Billy Flynn), Patti Gardner (Roxie Hart), Krisha Marcano (Velma Kelly), Sally Bondi (Matron Mama Morton) and Ken Clement (Amos Hart) are all on board and looking forward to playing in this classic tale of “violence, envy, exploitation, adultery and treachery — all those things we hold near and dear to our hearts!”

Local critic Hap Erstein listed the Boca Raton Theatre Guild’s recent production of A.R. Gurney’s Sylvia as one of his 2012 “10 Favorites of the Year,” and Chicago promises to continue to enhance the guild’s reputation as one of South Florida’s up-and-coming professional theater companies.

“This company — and this production — is going to feature the best of the best,” Garsson said. “Just getting the cast together has been a dream, and working with them is proving to be all I could have hoped for — and more.”

Garsson’s Velma Kelly, played by Marcano, originated the role of Squeak in the Broadway production of The Color Purple. Marcano’s impressive background includes stints with the Martha Graham Dance Company and the Alvin Ailey American Dance Theater, and roles in Fosse, Disney’s Aida, Sweet Charity, Smokey Joe’s Cafe and the film Preacher’s Kid. She holds a bachelor’s degree from SUNY Purchase and is the co-chair of the business group at Career Transitions for Dancers and the founder of KM Studios.

Hoffman’s recent performances in LUV at the Plaza Theatre, and Parade Productions’ Brooklyn Boy earned him critical praise, and his turn as Wilbur Turnblad in Actor’s Playhouse’s 2012 production of Hairspray earned him a Carbonell Award. Hoffman is also known for his award-winning one-man shows Too Jewish? and Too Jewish, Too! His awards include Performer of the Year, 1995, New York Press magazine; the L.A. Ovation Award for Best Actor in a Musical, 2001; New York Drama Desk and Outer Critics Circle award nominations. On television, Hoffman portrays lawyer Sid Raskin in the Starz TV series Magic City. His newest show, Still Jewish After All These Years, will run from May 10-19 at the Boca Raton Theatre Guild.

Gardner said she “is thrilled, honored and terrified to be performing the role of Roxie Hart in Chicago.” Known as one of South Florida’s busiest actresses, Gardner recently reprised her role in The Interview for the Women’s Theatre Project and was recently seen in LUV at the Plaza Theatre in Manalapan. She is a Carbonell Award winner for her performance in Lips Together, Teeth Apart at Palm Beach Dramaworks, and has performed as the “Soap Star” in Menopause the Musical nationally for 10 years.

The Boca Raton Theatre Guild is a not-for-profit organization dedicated to producing professional productions and advancing the art of theatre in the South Florida community.

All performances of Chicago will take place in the Willow Theatre in Sugar Sand Park. The theater is located at 300 S. Military Trail in Boca Raton, just south of Palmetto Park Road. 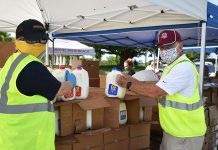 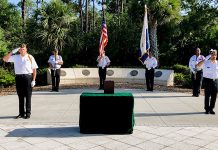