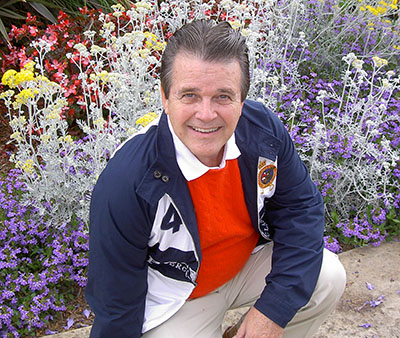 Flavors of Wellington will celebrate 10 years showcasing some of Wellington’s best restaurants and chefs on Friday, April 5 at the Palm Beach International Equestrian Center.

The event has a rich history in the community, and it all started with local businessman and longtime Wellington leader John Mercer.

“I was serving on the board [of the Wellington Chamber of Commerce] at the time,” Mercer recalled. “We were looking for a flagship event, and one of my clients had held a similar event and been very successful with it. I brought the idea to the board, and it has grown more than we could imagine.”

Having a family-friendly event was important to Mercer, who has spent more than 30 years dedicating his time and efforts to Wellington, both in business and volunteerism.

Mercer and his wife, Saundra, moved to the area in 1972. At the time, Mercer was a licensed funeral director working for R. Jay Kraeer Funeral Homes.

In 1976, Mercer joined Pepperidge Farm as director of marketing for South Florida. He earned six merit awards with the company, including “Super Ward for the United States.” In 1992, he was inducted into the Pepperidge Farm Hall of Fame.

Six years later, he joined AXA Advisors and served as an investment advisor representative for the next decade. In 2004, he won the President’s Award. Joining Cypress Financial, an office of Metlife, in January 2008, Mercer received the “Leaders Conference” award that same year and currently works as a financial investment advisor in the Ft. Lauderdale office.

Mercer has long been involved with the Wellington Chamber of Commerce, serving on the board from 2000 to 2010. He also served as sergeant at arms of the Wellington Rotary Club and on the board of directors for the South Florida Opera Company, where he and his wife were instrumental in bringing the first children’s opera, Peter and the Wolf, to the western communities in 2008.

The couple has also been instructors in the CCD program at St. Therese de Lisieux Catholic Church, and Mercer currently serves on the board of directors of Save A Pet Florida, an organization established by the late Gertrude Maxwell.

Mercer’s work in founding and organizing Flavors of Wellington has helped it grow from its humble roots to a premier event for the entire community to enjoy.

“Our first year, we had 25 restaurants,” he recalled. “It was held at the former Wellington Country Club, and we had more than 600 people. Right at 7 p.m., when it started, there were cars backed up all the way down to the street.”

Each restaurant sets up a booth, serving up bites of delicious food and drink to guests, and a panel of celebrity judges chooses the best bites. “It’s a great opportunity, especially for new restaurants,” he said. “They can serve whatever they’d like, and they can give us a taste of their food, coupons and promote their restaurant.”

Mercer said that to differentiate the event from a simple food tasting, Flavors holds a competition for the restaurants, awarding them Best Plate, Best Dessert, Best Entrée and Best Décor. “It was really competitive from the start,” Mercer said. “It was what really made it different than any other event like it. It was a wonderful event and did very well for the chamber. It’s great because the restaurants are excited about it as well.”

The event grew so popular that it needed a larger venue for the past several years.

“With the graciousness of Mark Bellissimo and Michael Stone, we’ve been able to move it to the Palm Beach International Equestrian Center,” Mercer said. “They have the parking and the room, and they complement the event with a horse show. I think it’s great. It has brought so many people to Flavors, but it also gives exposure to our equestrian community.”

The event has remained strong to its roots: a family-friendly atmosphere that helps to highlight the best food Wellington has to offer.

Mercer noted that after 10 years, the event remains affordable, with $25 advanced tickets.

“We’ve never raised the price,” he said. “This event is for families. We want everyone to be able to afford it. It’s really a night of enjoyment for the community.”

Flavors of Wellington kicks off at 6:30 p.m. on Friday, April 5 at the Palm Beach International Equestrian Center.

For more information, or to purchase tickets, visit www.flavorswellington.com.