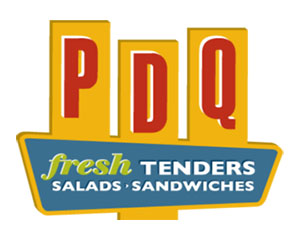 Despite concerns about a “fast-food row” on State Road 7, members of the Wellington Village Council agreed to allow another fast-food restaurant in the Village Green Center.

“It has become what I call ‘fast-food row,’” Councilman John Greene said. “I understand this is a different concept, but it seems like we’ve allowed developers to come in, present something that is very appealing to the council, and then little by little chip away at it. All of a sudden, it’s a completely different site.”

Originally billed as office space with a bank and some restaurants, the proposed changes would allow the property owner to shift 14,738 square feet of space formerly allotted for office space to general use, and also would allow for a 4,272-square-foot fast-food restaurant.

The proposed restaurant on the new site is PDQ, a “fast-casual” restaurant created by Outback Steakhouse founder Tim Gannon, a leader in Wellington’s polo community.

Don Hearing, agent for the applicant, noted that the restaurant was not typical fast food.

“I know it qualifies under your code as fast food,” he said. “But, as Mr. Gannon will tell you, this is designed to bring good-quality food to the fast-casual market, competing with the Panera [Breads] and Chipotles of the world.”

Hearing noted that there are now five PDQ restaurants in Florida, including one under construction on Okeechobee Blvd. near Interstate 95. “This would be the flagship restaurant — the one that is most important to Mr. Gannon,” Hearing said.

Vice Mayor Howard Coates, who opposed the request on its first reading, was concerned that a location set aside for a bank could come back for another restaurant request.

Hearing said that was not the case. “We feel we will get a bank at that location,” he said.

Hearing noted, however, that the economic impact of PDQ would be higher than that of a bank.

The restaurant would bring in 68 jobs, including three shift manager positions making $50,000 a year. “There are a lot of jobs for young people, whether it’s part-time or full-time,” Hearing added.

There will also be a retail element to the site, and Hearing said that several companies are considering it but that he couldn’t share details.

“Because this is not a big-box anchored center with a Publix or other flagship store, it’s these restaurants that have created the traffic to the site and made this specialty retail-viable,” he said.

“You were going to have two, and now you have four,” Willhite said. “It didn’t go from two to four. It went from two to three, then you came back in and asked for four.”

Willhite was skeptical that the corner would draw interest from a bank. “I don’t believe you will have a bank there, but I hope I’m wrong,” he said.

Willhite said he would like to see continued development of the other aspects of the project, especially the office space.

“That space could be good for a small business incubator with multiple businesses,” he said. “I would hope the area could bring in some of those higher-paying jobs.”

Greene noted that the site is along one of Wellington’s most traveled roadways.

“I personally have concern when I look at this site and what it was originally intended to be,” he said. “When I look at the corridor of what is prime real estate, with potentially higher-paying jobs, I don’t want the market to continue to dictate what we see there.”

Willhite said he expected any other changes to the site that come back to the council to resemble what has been submitted.

“Know that if you come back in the next three years, I’m going to hold you to office space and a bank, or something that is higher-caliber,” he said.

Greene agreed. “I will be extremely critical and difficult to work with moving forward if something other than what was presented comes back to us,” he said.

But council members were largely in favor of some changes, most notably plans for new entry and exit points.

“You’ve pushed the major entrance and exits away from the intersections, which I think helps this plan,” Councilwoman Anne Gerwig said.

And council members were sure Gannon would bring a quality product to Wellington.

“Wellington is humbled to have Mr. Gannon and the PDQ restaurant coming into this village and using it as one of his jewels,” Mayor Bob Margolis said. “Would I like to see other things there? Yes. But I’d also like to see a PDQ restaurant. I know everything Mr. Gannon touches will be successful, and I think this will be a complement to the community.”

During public comment, Wellington Chamber of Commerce Past President Alec Domb said he supported the measure.

“We’re here to support Mr. Gannon, a great contributor to this community,” he said.

Greene made a motion to approve the changes, and Coates seconded. It passed unanimously.