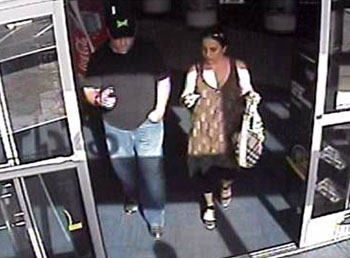 The Palm Beach County Sheriff’s Office is seeking the public’s help in identifying two suspects in a case of theft. According to a PBSO report, on Tuesday, March 19 a man and woman entered the Best Buy on State Road 7 and stole four radar detectors.