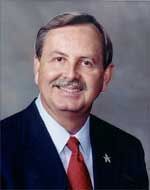 Confronting active shooters is one of law enforcement’s most challenging duties. Across our nation, most recently in communities like Newtown and Aurora, these individuals have killed or injured masses of people, often for no reason at all. These attackers typically had no pattern or method to the selection of victims, just firing unpredictably and indiscriminately into crowds stuck in confined or populated spaces. They struck in places considered “soft targets” with limited security measures or armed personnel to protect the public.

But know this: if there’s an active shooting incident in Palm Beach County, my deputies are ready to respond.

At the Palm Beach County Sheriff’s Office, we have undergone considerable training in recent years to confront active shooters, protect victims and educate the public to report individuals who threaten to commit these crimes. All of my deputies are trained to take bold, immediate and decisive measures in stopping such attacks in progress.

We practice active shooting scenarios regularly at vacant schools, hospitals and other facilities across the county. All deputies and their supervisors are required to take part in trainings that deal with not only ending the shooting incident but also handling its impact on the surrounding community. Following each exercise, my staff examines what we did right and what we did wrong, and we often revise our policies and share our analysis with other police departments.

As I’m sure you know, active shooting incidents in schools, offices, malls and other public places are not a new phenomenon. School shootings, in particular, have taken place since the 1960s, and they have been on the rise during the past two decades. They impact every geographic region of our nation. Unfortunately, no city or town is immune.

For us in law enforcement, the increased training has made us much better at responding to these attacks. Today, officers who arrive first on the scene act immediately, rather than waiting for backup by SWAT and other officers, as was the case during the Columbine High School shooting in 1999. My deputies know to go in right away and end the killing. They are skilled at shaving off precious minutes in the time it takes for police to respond.

My deputies are also trained to prevent attacks from happening. They are constantly on the lookout for individuals acting in a manner that could cause concern. But law enforcement can only do so much. We need family members, friends and neighbors to notify police if they suspect someone they know is planning an attack. With the public’s help, troubled individuals can be identified and helped before they become active shooters.

The succession of high-profile shootings across our nation has made it clear that we all need to be involved in preventing more violence.

Opinion: Keep Up All Safety Precautions And Be Prepared To Get Vaccinated

Opinion: Together, We Can Stop The Spread Of COVID-19