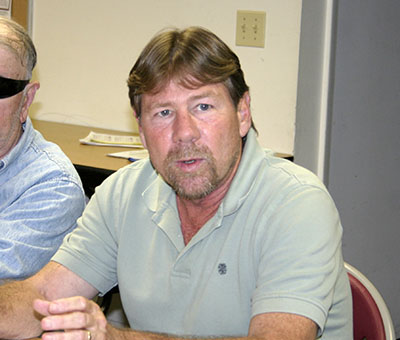 The C-51 Basin has been deemed impaired for excessive nutrients by the Florida Department of Environmental Protection, but no action is expected for several years, until water managers figure out what the regional canal system should look like, Gentry said.

“They are putting that on hold, and the reason isn’t too surprising,” he said, explaining that the Florida Department of Environmental Protection has not developed sensible rules for the C-51 Basin. “They’re good with rivers and streams, and pretty good with estuaries when it comes to setting criteria. But when they come down here and look at our canals, they scratch their heads and don’t know what to do.”

The Florida Department of Environmental Protection is developing a South Florida canal study spearheaded by the state with support from the South Florida Water Management District with the goal of developing good management guidelines.

“Even though the C-51 West Basin is impaired, for the next two or three years I don’t see anything [happening] until this canal study is completed,” Gentry said.

Florida adopted water quality standards in 1979 and has been adapting and amending them ever since.

“If you have certain water bodies that aren’t meeting standards, something has to be done about it,” he said. “Around 2001, the state adopted the Impaired Waters Rule. It lays out how many times a water body can fail to meet a standard. If it fails to meet a standard a certain percentage of the time, it’s put on a planning list.”

Data gathering has improved over the last 10 years and it is continuing to improve, Gentry said. When a water body fails to meet the standards, it goes through additional review before being verified as being impaired by the secretary of the Florida Department of Environmental Protection.

The next step is the development of a total maximum daily load (TMDL) to place limits on how much pollution — in the case of the C-51 Basin, the amount of nutrients — would be allowed in order to meet the standards, and the state has had difficulty knowing how to address canals.

The criterion used to measure the impairment of the C-51 Canal and the water bodies that drain into it is the amount of chlorophyll A in the water. Chlorophyll A is the green pigment found in algae and other green plants that allows plants to use sunlight to convert nutrients into organic compounds.

Canal managers chafe at being held to the same standard as regulators in charge of rivers and streams. “Canal managers, when it comes to this kind of criterion standards, have a bit of a chip on their shoulder, and I agree with them,” Gentry said. “They have a valid point: it’s not fair.”

Standards are set for rivers and streams by looking at the biology of a creek and knowing what a healthy creek looks like.

Gentry said water chemistry changes from day to day, from hour to hour, but the chemistry will dictate what kind of biology and what kinds of insects, plants and animals exist and whether they will be representative of a healthy water body or one that’s impaired by excessive nutrients.

“That’s how they set their target,” he said. “This is how much nitrogen, this is how much phosphorus this creek or stream should have in order to maintain a healthy biology. That’s the approach they take; good common sense. But they come down to the canals and scratch their heads. What kind of biology do they have?”

One way to determine a healthy canal might be the fish population. “If you’ve got bass and bream, they need a lot of dissolved oxygen. If you have Florida native catfish and gar, they can handle almost no dissolved oxygen,” Gentry said.

Fish kills are usually from oxygen depletion. “Generally when people see fish kills, they think the water’s toxic. No, the fish just suffocated. Canals often have a lack of dissolved oxygen,” he said.

Groundwater that seeps into the canals is very low in dissolved oxygen, but often oxygen depletion arises from excessive nutrients that algae consume then die, creating a demand for oxygen-consuming bacteria that feed on the algae.

The state and the SFWMD will try to use the canal study to find some sort of biological reference point to set a target for nutrient levels, he said, reiterating that the study will not be done for several years.

Most of the nutrient discharge is from sources currently unregulated, such as some residential areas and farms referred to as “non-point sources,” he said.

Existing issues notwithstanding, Florida is actually ahead of much of the rest of the nation for water quality protection. Gentry explained that the DEP is developing a Basin Management Action Plan for all water bodies in the state.

“Not only do you have the individuals who have a permit that are on the hook for reductions, under the Florida Statutes they can require other stakeholders to come to the table to see how we’re going to work together to reduce the amount of pollutants to meet this level. They require agricultural interests to come in,” Gentry said.

The Florida Department of Agriculture & Consumer Services also oversees best management practices (BMPs), which are largely voluntary but are being employed by stakeholders to reduce the amount of pollutant discharge without having to build expensive stormwater treatment or holding ponds, he said.

“They’ve proven in the Everglades Agricultural Area that phosphorus [discharge] has gone down tremendously in the EAA through the ’90s and into the 2000s just because they changed their practices,” Gentry said.