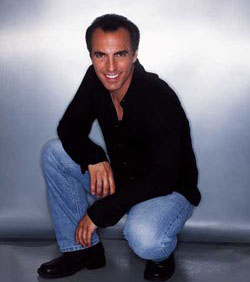 Man of La Mancha, the beloved musical that follows the adventures of the eternally optimistic Don Quixote, launches the summer season at Palm Beach Dramaworks on Wednesday, July 10 at 8 p.m., the first of two shows to be presented in concert as part of the Musical Theatre Masters Series.

Man of La Mancha plays a limited engagement through July 21 at the Don & Ann Brown Theatre (201 Clematis St.). The production is directed by Clive Cholerton, with musical direction by Caryl Fantel. Stephen Sondheim’s Company follows from Aug. 7 through Aug. 18.

Often referred to as “America’s Baritone” as well as a regular on Broadway, William Michals will be cast as the production’s Don Quixote, along with Alix Paige as Aldonza and Oscar Cheda as Sancho. Ken Clement, Natalia Coego, Rodrigo De la Rosa, Nick Duckart, Joshua Grosso, Barry Tarallo and Cassandra Zepeda complete the acting company.

Having last appeared in the landmark revival of Rodgers and Hammerstein’s South Pacific at Lincoln Center, Michals made his Broadway debut as The Beast in Disney’s Beauty and the Beast, and later returned to play Gaston in the same production.

His career has continued in such roles as Javert in Les Miserables, Billy Flynn in Chicago, Harold Hill in The Music Man and the title role in Phantom of the Opera. Not only has Michals played the great theatrical venues of the nation, including Carnegie Hall, Broadway’s fabled Palace Theatre, LA’s Ahmanson and D.C.’s Kennedy Center for the Performing Arts, but he’s also entertained in New York’s finest rooms, including the Rainbow Room, the Four Seasons and the grand ballroom at the Plaza.

He regularly appears with the country’s leading orchestras, including the San Francisco, San Diego, Utah and Hartford symphonies, the New York Pops, and recently appeared with Peter Nero and the Philly Pops for another sold-out evening of “Broadway Showstoppers.”

The award-winning Man of La Mancha is inspired by Miguel de Cervantes’ 17th-century masterpiece Don Quixote, about a madman and self-appointed knight errant who sets out to perform heroic deeds. The show — with a book by Dale Wasserman, music by Mitch Leigh and lyrics by Joe Darion — takes place in a Seville prison where Cervantes is awaiting trial, and is performed as a play within a play.

Man of La Mancha opened on Broadway in 1965 with Richard Kiley in the title role, ran for 2,328 performances and has become one of musical theater’s most enduring works, with four Broadway revivals and countless productions all over the world. The show’s most famous song, “The Impossible Dream,” beautifully captures the piece’s message of hope.

The Musical Theatre Masters Series features concert versions of classic musicals, with limited instrumental accompaniment and minimal staging and design. These full-length presentations include both the score and the book.

For 13 years, Palm Beach Dramaworks has brought to the Palm Beaches a distinguished roster of plays under the guidance of Producing Artistic Director William Hayes.

Performances are scheduled Wednesday through Saturday at 8 p.m., with matinees Saturday and Sunday at 2 p.m.. All tickets are $35. Student tickets at $10 and group rates for 10 or more are also available.

The Don & Ann Brown Theatre is located in the heart of downtown West Palm Beach, at 201 Clematis St.

For ticket information contact the box office at (561) 514-4042 or visit www.palmbeachdramaworks.org.

ABOVE: William Michals will play Don Quixote in Man of La Mancha.