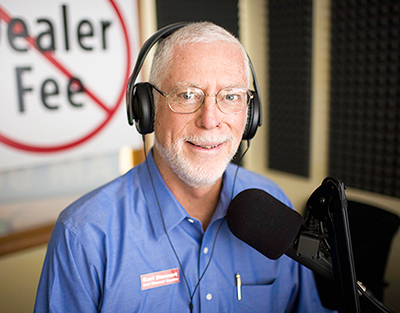 Earl D. Stewart Jr. will be keynote speaker at the Monday, July 22 luncheon of the Wellington Chamber of Commerce. Stewart will share with the chamber his secrets for success and the Earl Stewart “code.”

Stewart has been featured in news coverage by CNN, Fox News, The Wall Street Journal, The New York Times, U.S. News & World Report, Business Week and locally in the Palm Beach Post, Sun Sentinel and the South Florida Business Journal for his innovative and often unorthodox approach to operating an automotive dealership. He is well known for pioneering unorthodox customer service methods, such as his famous red phone hotlines and the implementation of his code that guides the conduct of all employees.

Born in Fort Lauderdale and raised in West Palm Beach, Stewart graduated from Palm Beach High in 1958. He attended the University of Florida and received a bachelor’s degree in physics in 1963. He earned a master’s degree in industrial administration from Purdue University in 1964 and worked for four years at Westinghouse Corporation as an electronics engineer.

Stewart comes from a family that has been in the automotive business in West Palm Beach since 1937. He joined his father and older brother in business with Stewart Automotive Group in 1968. He established the first Mazda dealership in the eastern United States in August 1970.

In 1975, the company secured a Toyota franchise, now known as Earl Stewart Toyota of North Palm Beach. It is now one of the most successful Toyota dealerships in the U.S.

He is currently featured as a weekly contributor in The Hometown News, writing weekly columns on a variety of automotive and consumer-related topics. He has a blog site offering advice to consumers on buying and servicing cars, www.earlstewartoncars.com, as well as a live weekly radio talk show airing Saturday mornings from 9 to 10 a.m. on SeaView AM 960. His first book, Confessions of a Recovering Car Dealer, was published in fall 2012 and offers unique insights into the car business and serves as a useful reference manual to anyone wary of walking into a car dealership.

Stewart resides in Jupiter Inlet Colony with his wife, Nancy. He has three sons who work in the business with him.

The July 22 luncheon will be held at the Wanderers Club (1900 Aero Club Drive, Wellington). Registration begins at 11:30 with the luncheon beginning promptly at noon.

For reservations, call the chamber at (561) 792-6525 or visit www.wellingtonchamber.com. Tickets are $20 for members and $30 for non-members. RSVPs are required for the luncheon.