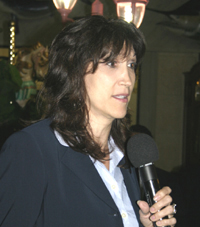 The Palm Beach County Commission agreed Tuesday to cover a $687,000 shortfall for the Office of the Inspector General (OIG), a move made necessary partially by a lawsuit from several municipalities who have disputed funding the office.

Assistant County Administrator Brad Merriman asked commissioners how to address the situation. The proposed budget for the office is $3.7 million, which includes 40 positions, 23 of which are filled.

The office is funded by the county, the Children’s Services Council and the Solid Waste Authority. About $1.5 million of the budget would come from the municipalities.

But a lawsuit brought by 14 municipalities means it is unlikely the office will get adequate funding in 2014.

“It’s important to note that the county continues to fully fund our obligation, which requires 54 percent of that funding, or about $1.8 million,” Merriman said.

Additionally, the Health Care District of Palm Beach County recently canceled its agreement with the office, resulting in a loss of $298,000.

If the budget were reduced to cover only the 23 positions filled, it would be $2.75 million. To maintain staffing at that level, an additional $687,000 would be required from the county’s general fund.

No money is currently available in the 2014 budget, according to a county staff report, but if the commissioners choose to honor the request, amendments could be made at the first public budget hearing scheduled for Monday, Sept. 9.

The amendments would increase the contribution from the county and reduce the overall budget to reflect only the 23 filled positions. The 17 vacant positions would be reinstated once the municipal financing was implemented.

But without the additional county money, Inspector General Sheryl Steckler would need to lay off six employees by Sept. 27 and another three by Dec. 27.

Steckler thanked County Administrator Bob Weisman for putting the matter on the agenda.

“The current issue, always difficult, is fairly straightforward,” Steckler said. “The office needs to continue on a long-term and continued funding base that is stable. We all understand that this was caused by the municipalities’ decision not to pay, and the Clerk of the Court’s interjecting herself into the lawsuit by withholding payment from those municipalities that are not party to this lawsuit.”

At the beginning of the year, the office had 26 staffers, she said. “We were managing, but through the year, we lost three, and we did not fill those positions,” Steckler said. “So today, we stand at 23. We recognized that there were going to be some issues with the budget, so we didn’t fill those three positions.”

Having 23 positions filled puts the office at 57 percent funding, she said. Yet it must oversee all of the entities in its jurisdiction, even the municipalities that are not paying for it.

“If we did not take in the complaints, and did not do the investigations, or look at the contract review processes of the municipalities, what message would that send?” Steckler asked.

She pointed out that the county charter sets the parameters of her office’s funding, which is 0.25 percent of all contracts under the office’s jurisdiction.

“The actual process to establish the inspector general’s funding never contemplated a multi-year lawsuit, and as such we are facing this today,” Steckler said.

Nevertheless, the OIG must present a budget each year. “I not only complied, but presented a very reasonable budget to you all,” she said.

Steckler noted that it came under the 0.25 percent allowable but was relying only on the 54 percent of overall financing that the county was scheduled to provide. She said her office will continue to perform its duties, but needs assurances of minimum financing levels so it can survive without having to lay off staff.

About two dozen people spoke during public comment, urging commissioners to adequately finance the office, including Morley Alperstein of Wellington.

“The county commissioners have always said that they favor an independent inspector general,” he said. “Since the rogue cities have ignored 72 percent of the electorate, and have sued not to fund the IG, there is only one way to keep the IG going. And that’s for you, the county commissioners, to give her the money.”

Royal Palm Beach Vice Mayor Jeff Hmara pointed out that this was a more clear-cut issue than governments often face.

“You have a clear mandate,” he said. “More than 72 percent of the voters said, ‘Make this happen.’ Even better than that, you have a working model and successful example to follow. Miami-Dade’s OIG has worked well and served the citizens of their county.”

Hampton Peterson, general counsel for the office of Clerk & Comptroller Sharon Bock, said he wanted to clarify some of the allegations made about Bock’s role in the OIG lawsuit.

“First of all, the clerk is not in a position to make policy,” Peterson said. “The reason for her getting involved in this lawsuit was as an intervener… only to ask the court’s clarification as to the distribution of the funds that have been collected. She has an obligation to protect the taxpayers’ dollars, and the question was brought by the municipalities whether this was an illegal funding mechanism. Until that was determined, or until the court made a decision regarding the distribution of these funds, she felt it was an obligation to be in this lawsuit. Once the court makes a determination, she will follow whatever the court’s ruling may be.”

Palm Beach County Mayor Stephen Abrams asked whether the Solid Waste Authority, which is controlled by the county commission, might be able to come up with additional temporary financing.

“That may be something we can look at in our other capacity,” Abrams said. “I’m just looking for ways to close the gap. It may be a combination of different sources, something to get us through this period of litigation.”

Commissioner Jess Santamaria said he supported the OIG for the overall good of the people of Palm Beach County. “Whatever means are necessary, we must support the Office of Inspector General,” he said.

Commissioner Hal Valeche made a motion to fund the $687,000 for fiscal year 2014, which carried 6-0, with Commissioner Shelley Vana absent.