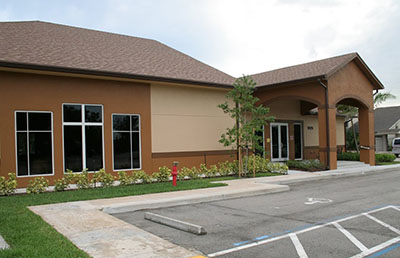 The church will celebrate its 30th anniversary with a special worship service on Sept. 29, the day the church was incorporated, followed by a dinner dance on Nov. 9, when seasonal residents return for the winter, Pastor Marjorie Weiss said.

Pastor at St. Michael for nine years, Weiss was one of the first female Lutheran pastors when she was ordained in 1980.

The church’s mission is service, which is reflected in its mission statement: “Everything we do, everyone we meet, everywhere we go, we are Christ’s hands and feet.”

“It’s our job to help lift other people up,” explained Ryan Arnold, the newly named director of ministry at the church.

Arnold, 35, who has been in his new position just six weeks, is charged with outreach to a younger generation of worshippers, those in their 20s, 30s and 40s.

“We’re trying to be more inventive in our worship style. We want to mix contemporary worship with traditional worship to appeal to younger people,” said Weiss, noting that because of his age, Arnold has more credibility in bringing this type of programming to the church.

To that end, Arnold has started a Gen X group that meets every month or two to socialize, maybe take in a movie or try a restaurant. He’s on the worship committee, which is trying to incorporate contemporary music into worship services, and he hopes to hire a music director. Arnold is also developing educational programming, including a course that focuses on kids and worship and one that tackles being a Christian father, he said.

Arnold is also studying to become ordained through a long-distance Lutheran seminary program based in Minnesota. He has been a member of St. Michael for four years and calls the congregation welcoming and refreshing.

John and Sunny Meyer think that’s an apt description of those who worship at St. Michael, and they should know. They are founding members, the second-oldest charter members, if memory serves, Sunny said.

The Meyers remember a time when there were fewer than 100 families in Wellington. “It was a frontier city,” John said.

A group of about 25 or so started gathering at Wellington Elementary School to worship. That was the beginning of what would become a church that now draws between 150 and 300 people to services each week.

“We met in the cafeteria. We had to move a piano in,” Sunny recalled.

But they persevered, and now all of their hard work is paying off.

“It’s like watching a child grow — you have faith, and then you’re thankful,” Sunny said of the progress St. Michael has made through the years. “We planted the seed, and God lets it grow.”

Bonnie Gay Choman, also a founding church member, recalled the early days of Wellington. She moved to the community in 1977 from Pennsylvania. When she first joined St. Michael, she would canvass door-to-door to attract new members. “But there were so few families. I used to leave brochures behind. We’ve sure seen Wellington grow,” she said.

Choman describes the church as welcoming. “I’ve seen a lot of youth grow up and become parents, and now they’re bringing their kids,” she said.

And that’s just what Weiss hopes will keep happening, even as the church reaches out to new groups of potential worshipers.

“We are open to all people. We do not condemn the lesbian, gay, bisexual and transgender community. We say, ‘Come as you are.’ We’re totally accepting,” Weiss said.

Paul Coleman is in his first term as church council president, in his second year on the council and a member of St. Michael officially for nine years, unofficially for about 19 years, he said.

He’s charged with making sure things run efficiently at the parish. It’s a lot of responsibility, but he’s up to the task. “I like to help people. It’s uplifting and right up my alley,” Coleman said.

The church has seen its share of struggles through the years. For the longest time — 28 or so years — congregants worshiped in temporary quarters.

“We owned enough property to build the building, but we tried two, three, four times (to raise the money), and we never got anywhere,” John Meyer remembered.

Only last year did the church move into its permanent worship building, next to its original temporary home at the corner of Forest Hill Blvd. and Birkdale Drive.

Weiss recalled that when she first arrived, the church was unsettled and lacking direction. She felt sure she could right the ship, though, and set out to make the church more accessible.

“I’m a good preacher, and I have a sense of humor,” she said.

Coleman is glad the church will be able to celebrate its 30th anniversary in its permanent home.

“We’ve come so far,” he said. “It’s a great thing to be able to have that for the 30th anniversary.”

For more on St. Michael, its worship service schedule, Sunday school or outreach programs, visit www.stmichaelelc.com or call the church at (561) 793-4999.