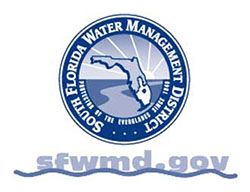 “That’s an approval I fully expect,” he said. “Then that goes to the state for their final approval. We hope to have a closing before the end of the year.”

Weisman added, however, that he’s concerned about the legislature under-funding improvements to the dike at the south and west end of the J.W. Corbett Wildlife Management Area, which could compromise the completion of an effective dike that could divert high waters inside Corbett into the Mecca property under flood conditions.

In a recent presentation to the Indian Trail Improvement District Board of Supervisors, SFWMD Division Director Jeff Kivett said the improved berm will integrate a still-functioning weir dam (or spillway) that the district built hurriedly after Tropical Storm Isaac to let excess water inside Corbett drain into the Mecca Farms property.

The weir effectively lowered water levels inside Corbett to reduce the danger of breaching the berm and further flooding The Acreage. The district used pumps to transfer water from Mecca to the C-18 Canal, which leads to the Loxahatchee Slough.

The weir will be incorporated at the Mecca site to continue to control water flow over the Corbett area. Kivett said the existing berm has a very steep one-to-one design and sits right on the M-O Canal, which necessitates frequent maintenance and makes it vulnerable during storms.

For stability, the district is looking to extend the bank. Kivett said the improved berm will take an 80-foot swath of land that will be used to expand the embankment. During redesigns, the original estimate that the improved embankment would require about 150 acres of the 30,000-acre Corbett wetland was reduced to 17.4 acres of actual impact.

Weisman said agencies involved had originally hoped for the state to supply about $8 million, which had been recommended by Gov. Rick Scott for the project. However, the state legislature cut that amount to $4 million.

“The design is underway, and the best design option has been selected by the water management district staff, and the cost does exceed the current $4 million allocation by several million dollars,” Weisman said.

He said the county will probably lobby the legislature to provide additional money.

“The current proposal would construct the project in phases, using as much money as they have to get it done,” Weisman said. “That’s OK if you have to do it that way, but to get the maximum benefit from reconstructing the berm, you need to protect the entire area at risk, and [that] would require the full funding.”

Weisman said the weir is an effective safety valve that worked well during the Tropical Storm Isaac flooding. “It definitely provides a level of protection and, come December, hopefully the SFWMD will own Mecca outright and can make any enhancements they feel they need without even consulting with the county. They can move ahead on the project whenever they wish.”

Weisman noted that he sent memos to the commissioners concerning both the berm issue and the SFWMD’s approval of the Mecca agreement. “I try to keep the whole board in tune on what’s going on because of the overall importance,” Weisman said.

Under the Mecca agreement, the county will be responsible for realigning the Seminole Pratt Whitney Road extension so that it does not run through the Mecca Farms parcel. The current alignment has the right of way at the base of the Corbett berm, where water from the weir was flowing across during Tropical Storm Isaac flooding.

The county has an option to repurchase a 260-foot wide strip of land, totaling 98.56 acres, along the entire lengths of the southern and eastern boundaries of Mecca Farms for a new extension alignment of Seminole Pratt Whitney Road. The option runs through Oct. 1, 2018, or 180 days after the county receives written notice from the SFWMD that it is commencing the design of its project. The realignment will not affect the use of Mecca Farms for the SFWMD project.

The district will allow the county access along designated roads within the Mecca Farms parcel to get to a county water plant located there. Under the agreement, that access will need to be eliminated when the SFWMD project is implemented. The district may move the county access to another road that provides permanent legal access.

It is anticipated that the project construction design will incorporate a new road at the southern end of the Mecca Farms parcel. If the county exercises the repurchase option, the SFWMD has no obligation to provide a replacement road.

The district has conducted an environmental audit that identifies corrective action costs of about $283,500 to render the property suitable for use as a water retention reservoir. Those costs will be the responsibility of the SFWMD.

The water district will also trade about 150 acres of the Mecca Farms parcel to the Florida Fish & Wildlife Conservation Commission for a state-owned shooting range in exchange for about 150 acres for an SFWMD easement within the Corbett area.