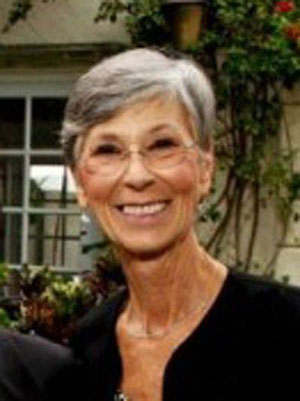 Activist Kathe Thompson, a Wellington grandmother and former president of the League of Women Voters of Palm Beach County, is going for a walk — a 3,000-mile walk from Los Angeles to Washington, D.C. as part of the Great March for Climate Action.

Although several hundred people are expected to participate in this cross-country hike, Thompson might be the only one from South Florida planning to make all 7 million steps.

The Great March for Climate Action leaves from Wilmington, Calif. on March 1 and arrives in Washington right around Election Day 2014. With the goal of walking 14 miles a day, six days a week, the participants will hike through California, Arizona, New Mexico, Colorado, Nebraska, Iowa, Illinois, Indiana, Ohio, Pennsylvania and Maryland.

The goal of the Great March for Climate Action is to change the hearts and minds of the American people, elected leaders and people across the world to act now to address the climate crisis. For more info., visit  www.climatemarch.org.

Thompson grew up in the Midwest, attended the University of Illinois and graduated in 1963 from the University of the Pacific in Stockton, Calif. She taught music in elementary, middle and high schools, worked in law offices in Texas and Washington, D.C. and framed art work in a gallery in New Orleans, among other exciting careers.

Six years after she and her husband, John, moved to Wellington in 2002, Thompson joined the League of Women Voters of Palm Beach County, where she served as president from 2009 to 2011. In 2013, she joined the board of directors of the Arthur R. Marshall Foundation for the Everglades.