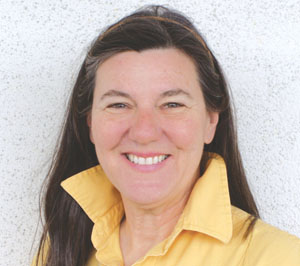 It’s Friday night, and I am so tired that I can barely type. You would think that, after 18 months of caring for the Skipster, I would have adjusted. Generally, I have — but the kid always seems to be one bounce ahead of me! Even when he’s asleep.

I start counting down the hours to Skippy’s nap about 9:30 in the morning. Yes, he’s only been awake for two hours by then, but that means I’ve already run 100 laps around the kitchen island with 100 more to go before my, I mean his, 11:30 a.m. break.

Once he is finally asleep, all angelic and cherubic and sweet, I race around like a crazy person, getting anything done that I can, with one condition — I must not make a sound. A peep, a whisper, a scrape may be all that is necessary to break this magic spell, especially if Skippy is sleeping in the next room.

I prepare for this all morning. I can fold laundry during Quiet Time, so I make sure everything is washed by 11:30 a.m. I can slice hard boiled eggs, so I make sure they’re done boiling. I can read my mail, so I tear open the envelopes in advance. If I have been successful in all my scheduling, there is the slightest chance that I will be able to read a magazine — if I turn the pages ever-so-carefully and have torn out all the stiff inserts in advance.

My enemies are the toys.

Like highly trained ninja warriors, they lie in wait around every corner, under every piece of furniture. One wrong move and they detonate into shrill renditions of “Old MacDonald Had A Farm” and you know what that means — mooing, neighing, clucking, barking, meowing, squeaking and oinking until the cherub awakes in screaming fits of terror.

Today, I jumped back when I spied a tambourine under the edge of the couch; twirled around and landed on the toes of one foot when a ball stuffed with jingle bells was spotted; and did a half-flip onto an ottoman just before I unleashed the torrent of hate that is a jack-in-the-box.

I retreated backward and cat-like into the kitchen, perspiring as if I had just made the beach at Normandy when, suddenly, my heel came up short against the bright yellow side of a dump truck.

It was a land mine.

One false move and the thing would go into paroxysms of noise, shaking vigorously from side to side for all it was worth while red and blue lights exploded within its clear plastic frame.

It was me against the truck. I searched my memory banks for that particular toy’s trigger spots and used all my physical prowess to bend my foot in such a way that that it would pull back from the source of evil without disturbing an atom of its plastic molecular structure. I moved so slowly that my foot began to cramp. The pain was excruciating, but I did not flinch. Slowly… slowly…

Bam! The kitchen door swung open and the cherub’s father stomped in to get a glass of water. I watched in horror as he clattered ice into his glass from the refrigerator door.

I mouthed the word “fine,” gelling silently in fear and trepidation. He boomed back, “Good!” and slammed out again, rattling his car keys and whistling.

I looked nervously toward the couch. The cherub slept on.

I breathed a sigh of relief and removed my foot from the truck.