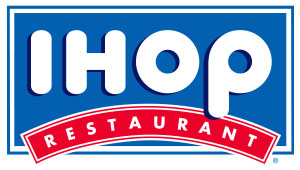 The Royal Palm Beach Village Council approved variances for wall signage larger and higher on the building than village code allows at its meeting June 19, as well as an additional wall sign on the west side of the building.

However, the council did not approve an additional monument sign near the road, because the village code allows only one monument sign per planned commercial development.

At Tuesday’s zoning meeting, Site Plan Coordinator Kevin Erwin said IHOP plans to locate in a 4,400-square-foot space on the north end of a row of in-line stores closest to State Road 7, although the building is separated from the road by a drainage canal.

“The applicant is proposing a number of architectural changes to the building,” Erwin said, explaining that it plans to add its trademark gold panels and signage on two towers. “Both of these signs are permitted by code. The signs meet the criteria. They recently received a variance from the village council for the size. In addition, they are proposing blue awnings on the front elevation on the west side. That’s in keeping with IHOP’s current image.”

Erwin told commissioners that they were reviewing the location of the signage on the towers because the proposed awnings would cover the existing band where signs are normally permitted.

“They stopped making those many years ago, and in 2006 they brought this new look,” Southern said, explaining that part of the new look are the copper panels and blue awnings. “That’s how they are recognized, and hopefully how they will be recognized in the future.”

She said the space they are looking at has been vacant for some time and the building is challenged visually, being some distance off SR 7. Having the blue awnings and copper panels on the towers would help with product recognition.

“Hopefully, it will give the building identification, so that if they can’t read the signs, they will recognize the blue awnings and copper panels,” Southern said.

Commission Alternate Felicia Matula asked whether the council’s approvals of the sign variances were unanimous, and Village Attorney Jennifer Ashton said they were, but that council members had also unanimously denied the monument sign.

Matula said she wanted to encourage businesses and work with them.

“They are obviously investing in the community by improving the features of the building,” she said. “Kudos to you guys for making it visually pleasing. I would have no problems with this.”

Commissioner Jackie Larson said that building has been vacant for a while.

“We do not have an IHOP anywhere near here,” Larson said. “What you presented looks very nice.”

Erwin pointed out that nationally recognized companies can have their recognized trademark, otherwise the sign criteria for the Coral Sky shopping center is red, and the IHOP sign in the center tower is red.

Southern said IHOP hopes to be in the building by the end of the year.

Commissioner Joseph Boyle did not object to the variance for the sign band. “I think it’s a great idea,” he said. “I think it’s going to stand out. Everybody can go in and get their diet-friendly pancakes any time they want.”

Commissioner Michael Axelberd also did not have a problem with the variance. “I think it looks great,” Axelberd said. “I love the wall panels. I really love the thought process and balancing. I think it really enhances the entire look.”

Commission Chair Richard Becher asked what will eventually happen with the monument sign that was denied by the council, given that there is a monument sign for the shopping center farther away from the IHOP location.

Erwin said that decision is up to IHOP.

“The ball is in IHOP’s court,” Erwin said. “They may want to come without a monument sign. The request they made had been denied, so whether they want to come in with a different request or call it a day and be satisfied with the additional wall — that’s entirely up to them.”

Southern pointed out that the existing multi-tenant monument sign for the 47-acre commercial development is full.

Ashton said there are other options the applicant and shopping center owner could pursue to get the monument sign.

Becher said he liked the design of the building and hoped the differences could be worked out.

“I hope we can welcome you into the community, and I hope this monument sign issue will not be a reason for IHOP not to come in,” Becher said.

Axelberd made a motion to approve the application, which carried 5-0.