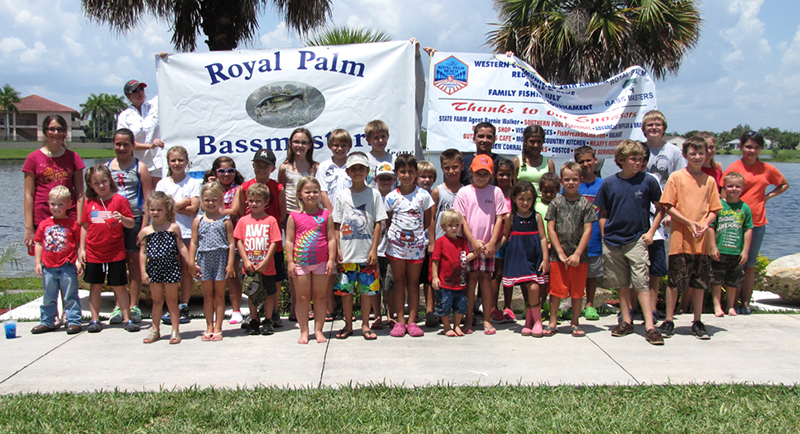 On Friday, July 4, dozens of young anglers took part in the annual Red, White & Blue Fishing Tournament sponsored by the Village of Royal Palm Beach and the Royal Palm Bassmasters.

Members of the Bassmasters were on hand to assist and encourage the approximately 75 children who took part in the morning event.

Tournament Director Phil Northrop was pleased with the turnout and the engagement of the youngsters.

Divided into groups by age and the type of fish, every child received something.

The Royal Palm Bassmasters meets on the second Thursday of each month at 7 p.m. at the Royal Palm Beach Recreation Center, and fishing tournaments are also held monthly.