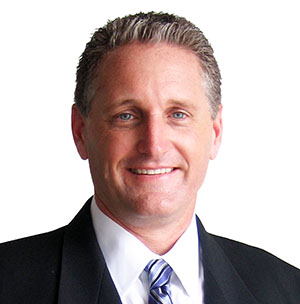 Schaller, 49, moved to Florida at age 18 to attend school and never left. Originally from Connecticut, he graduated from St. Leo University near Tampa in 1987 with a degree in marketing. He then moved to Palm Beach County and became a stockbroker and financial consultant in Boynton Beach.

“In 1992, I went to a software company to learn how to do my own program,” he said. “I found out about electronic banking and recurring transactions, and in 1994, I founded Palm Beach Financial Exchange.”

“You name it; I’ve done it. If I haven’t done it, I’m probably about to do it,” he said. “I’ve handled more than 550 businesses across the U.S. and Puerto Rico. I have not in 20 years raised my rates one time. I have no contracts with my customers. I’m as good as my last at-bat, and if I’ve done something wrong, I expect my customers to be able to take their financial livelihood and move away.”

Schaller got involved with county government in the 1990s because they were reviewing a project at the corner of State Road 7 and Palomino Drive, which leads into his community.

“They were approved for 72 units. They tried to have transfer of development rights for up to 100 units,” he recalled. “That was the first time I spoke out.”

Schaller has also been vocal in opposing the connection of Lyons Road between Lake Worth Road and Forest Hill Blvd. and lobbied for years to get Fargo Avenue paved in his neighborhood.

He previously ran for county commission in District 6 four years ago as an independent candidate, coming in a distant third. This time around, he secured the Republican nomination.

Schaller lists his top accomplishments as his moral integrity and being a reputable businessperson.

“I’m considered a good guy with a valuable name in business,” he said. “At one time I had an unlimited, unsecured line of credit through the Federal Reserve. The State of Tennessee auditors were trained on what a good business model was for a long-term banking company by using me as an example.”

He has also created Fine Equine, a world-class horse farm in Wellington.

“I knew nothing about the horse industry, and I’ve had Olympians stay there and world-class athletes,” Schaller said. “Obviously, I can see the value in a neighborhood and in investing in the community.”

Since his most intense business transactions are twice a month, Schaller said he has had plenty of time to become involved in county issues.

He feels that he is the best candidate in the race because he has more than 27 years’ experience handling other people’s money.

“Over a billion dollars, $40 at a time, on my own personal financial responsibility,” he said. “I’ve made a life out of handling money for fiscal responsibility. If you also take that with my knowledge of the county, my investment in the county with a couple of different properties, there’s nobody that brings the same unique combination.”

Schaller pointed out that the county commission has two basic jobs, to set fiscal policy and set governing policy based on spending those monies and collecting them.

“If you look at the other candidates, nobody has professional money management experience,” he said, “and I can show you very questionable personal backgrounds as far as money management goes that would lead me to believe that I would not put them in charge of my personal business, let alone $4 billion of a county budget.”

His top goals if elected include equal district representation.

“The Glades office has not been open in four years,” he said. “If you are going to represent somebody, you have to be available. Out in the Glades, people are not going to drive 40 or 50 miles to seek representation.”

Another of his goals is to improve fiscal responsibility.

“In my own personal life, I have never had a loan or taken outside funding sources for my business,” Schaller said. “If I didn’t have cash in hand, I couldn’t afford it. You need to have that fiscal responsibility. You need to have that management to bring forward, and I would like to look at the difference in the level of services with the county, because right now our taxes are based on wants and needs, and not necessarily on needs first.”

Schaller said the top issue in this election is the preservation and protection of property rights and lifestyle.

“I am a very big supporter of property rights,” he said. “That’s what my six and a half years has been, campaigning with the county.”

He said people have inherent property rights, and the rights of one owner, such as Minto West, should not override the rights of 17,000 property owners in The Acreage.

He pointed out that people in the Glades and The Acreage do not enjoy the same levels of service that people on the coast do.

As an example, he said that when the jail shut down in Belle Glade, the county clerk was going to use some of the jail cells for storage but did not have the money to pull the toilets out of the cells to prevent rat runs.

Things that he would like the county to do differently include requiring commissioners to take a roll call during their votes.

“Silence is a yes vote,” Schaller said. “Whether it’s the consent agenda, which sometimes contains many millions or tens of millions of dollars, you could literally be thinking of something else that was distracting you that you just voted yes for.”

Job creation is another issue he is concerned about. “We need to firm up our economic base in all manners out here in District 6,” he said.

Creating jobs requires economic stimulation, and he said some businesspeople feel that the county is difficult to work with. Schaller would like to see a fast-track process where developers and businesses can get their applications sped up if they pay for it.

“If you have a major project that wants to advance quickly, at the builder/developer’s request, if they want to pay for the personal attention, they might want the inspector to stay there and monitor it instead of having go through the next in line,” he explained.

Schaller added that if someone is willing to pay for special handling from concept to completion, a team should be available to have the process move along and anticipate any of the issues that might arise.

To help spur job and economic growth, he also believes in repurposing existing facilities, citing how the International Polo Club Palm Beach hosts national soccer tournaments and more during the off season.

The county has had to make cuts to fill budget gaps in recent years, and if more cuts are needed, Schaller said he would do that by determining the level of needed services.

Schaller also questions the necessity of county-maintained parks and public pools with lifeguards in an extreme budget situation. “I look at what we need as absolute necessities first and then our wants afterward,” he said.

To provide better flood control in The Acreage, Schaller said that he would advocate for more efforts by the county to correct issues there, including increasing drainage capacity.

To mitigate transportation issues, he said his primary goal would be to protect the area from overdevelopment.

He supports the completion of the State Road 7 extension to Northlake Blvd. with reservations. He believes The Acreage needs increased traffic patterns for convenience and hurricane evacuation.

As for the Minto West development, he noted that they purchased the property with approved rights to develop 2,996 homes and 235,000 square feet of non-residential use. While governmental policy entitles them to ask for more, he does not believe that the county is obligated to grant them that request.

Schaller supports the Office of Inspector General, but thinks it should have its powers broadened.

“The inspector general has an administrative phase, but it does not have a policing and enforcement phase,” he said, explaining that inspectors general who find criminal wrongdoing must turn enforcement over to the state attorney but have no enforcement for ethical wrongdoing.

As an example, he said the inspector general found the county engineer’s office to be inconsistent with Florida Statutes because of its method of short-listing contractor bids.

“Nothing has happened,” he said, pointing out that the Palm Beach County Ethics Commission has the power to levy fines, but the inspector general has no such authority.

He supports the county’s chosen method of searching for a new county administrator, which is nationwide with provisions for consideration of current staff, but thinks there should be personal interaction with commissioners once a short list is created.

Schaller said voters should vote for him because he cares deeply about the community and is not out looking for a job.

“It would be easier for me to go on with my personal life,” he said. “I chose six and a half years ago to get involved, and I am going to stay involved. I have the skill sets and experiences to make the difference that I believe we need.”