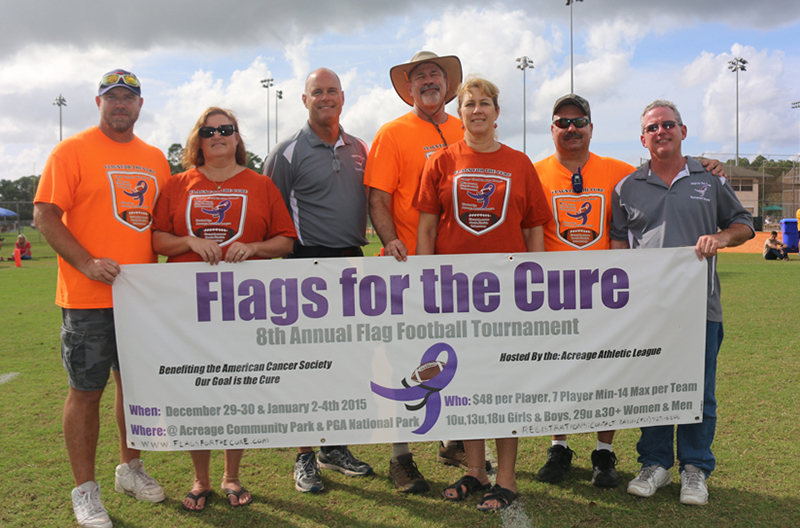 The 8th annual Flags for the Cure fundraiser was held over five days in late December and early January at Acreage Community Park, raising $30,000 for the event’s beneficiary, the American Cancer Society. The event is a flag football tournament for players of all ages. This year, 550 players on 57 teams competed for championships in three male and four female age divisions.

The organization’s 9th annual event is scheduled to run from Dec. 28, 2015 through Jan. 3, 2016. For more information, visit www.flagsforthecure.com.