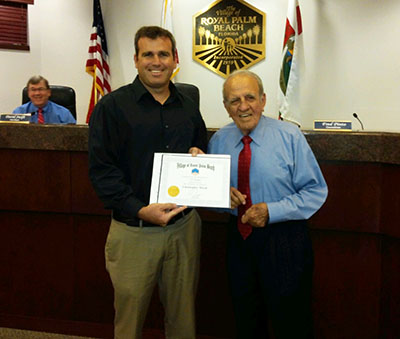 The Royal Palm Beach Village Council presented Village Engineer Chris Marsh with a 15-year award on Thursday, March 5. Marsh is credited with bringing several major projects to fruition, including Veterans Park and Commons Park. He was promoted from project manager to village engineer in 2010. He is shown here receiving his 15-year award from Mayor Matty Mattioli.