When Ana Guevara and Patricia Medina walked into a meeting with Palm Beach State College administrators, they didn’t expect to end up in tears.

Overcome with joy, the two Honors College students cried after learning Tuesday that they each had won a Jack Kent Cooke Foundation Undergraduate Transfer Scholarship. The coveted scholarship provides up to $40,000 a year to cover tuition, living expenses, books and required fees for the two to three years needed to complete their bachelor’s degree.

While they are not the first PBSC students to earn the scholarship, this is the first time that two from the college have won in the same year. Only 90 students nationwide were selected by the Virginia-based foundation from more than 2,000 applicants.

“I am in complete and utter shock,’’ said Medina of Boca Raton, who is the 2014-15 student trustee. “It’s because of everything I’ve learned and done at Palm Beach State College that this is possible. This school has been life changing for me. It’s like being given a ticket to anything. Every possibility is now open. I’m just so overwhelmed by it.”

Marcella Montesinos, manager of the Floyd F. Koch Honors College, and Dr. Ginger Pedersen, interim vice president of academic affairs, kept the news a secret until they could surprise the two students at a meeting with PBSC President Dennis Gallon. They gave each of the winners a bouquet of roses as they told them about the scholarship.

“I was very surprised because I thought I was not going to get it,’’ said Guevara, 21, the youngest of five children. “Now I feel relieved because I know that I will able to go to college without worrying about how I’m going to pay for it. I feel grateful for the opportunity that I’m given because I going to be able to continue my education and give back to the community that has supported me throughout my time at Palm Beach State.”

The news comes as the two students are preparing to graduate from Palm Beach State College on May 11 with their associate’s degrees.

“I’m so proud of you,’’ Gallon told them as he gave them tissues to dry their eyes. “I hope that you have a very bright academic future, and afterward a very happy and productive professional life. You deserve it. You are committed, you’re talented and you have perseverance. I’m just happy that this institution had an opportunity to play a small role in getting you where you are today.”

Medina, 41, a New York native and married mother of twins, began working right out of high school as a receptionist, but she later realized that she had some unfinished business — she wanted to complete her education. She enrolled at PBSC in the fall of 2012 and quickly became involved. She serves as editor of the Beachcomber student newspaper and of Sabiduría, the Honors College academic, peer-reviewed online journal. She is a member of the Phi Theta Kappa International Honors Society and a volunteer on the Human Trafficking Awareness Committee on the Lake Worth campus. Earlier this year, she was named to the All-Florida Academic Team. She plans to get a bachelor’s degree with a major in mass communications and political science. Her goal is to become a White House press secretary and eventually return to PBSC to teach.

Guevara, 21 of Lake Worth, is president of ASPIRA and a member of Phi Theta Kappa and the EQUAL (Equality Unites All Lives) student club. She is currently a fellow for Young People For, a leadership development initiative. She plans to pursue a bachelor’s degree in finance with a minor in economics and work as an investor for socially responsible investments. 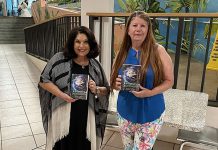 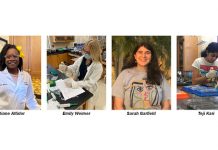