Leadership Palm Beach County has given its 2015 Leadership Excellence Award to Michele Poole.

Poole, a 2014 LPBC graduate, received the award Friday, April 24 at the Kravis Center for the Performing Arts in West Palm Beach in front of more than 300 alumni, sponsors and other supporters of LPBC who came together to honor and celebrate the work being done to make Palm Beach County a better community.

Poole was one of five Leadership Excellence Award finalists. She stood out for her work as a passionate advocate for children.

About 21 years ago, Poole found out that her son had shaken one of his twin infant daughters so hard that the baby developed permanent, severe brain damage attributed to Shaken Baby Syndrome.

She fought for and was awarded permanent custody of her two granddaughters. Since then, she has been a passionate advocate for children and sits on the board of the National Center on Shaken Baby Prevention. Through that organization, she crafted legislation in 25 states to mandate Shaken Baby Syndrome prevention materials for all newborns and raised money to have the prevention program translated into 11 languages.

As president of Arc Florida, she helped to craft legislation providing relief for people with developmental disabilities from laws that prohibit their ability to earn money and not lose their benefits. The bill, known as the Able Act, was recently signed into law by President Barack Obama and is touted as the single biggest reform since the ADA. 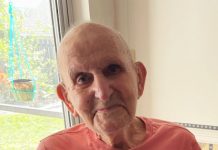