Young riders were the stars at a party for Florida International Dressage Youth Festival competitors, families and trainers, as well as the Young Rider Ride, a test held at the Kane family’s Diamante Farms this season.

The events — sponsored and supported by Terri and Devon Kane, Sarah and Michael Davis, and Kim and Fred Boyer — were close to the hearts of these families, who believe in supporting the future of dressage.

Devon Kane herself was the 2007 NAJYRC individual gold medalist and a team bronze medalist. The Davis’ daughter Barbara (Bebe) was a 2014 silver medalist at the U.S. Championships and was champion in the FEI Junior Individual Test. Kim Boyer is host to Lendon Gray’s Winter Intensive Training Program at her Hampton Green Farm and actively supports Gray’s Dressage4Kids program.

The Young Rider Ride, a test clinic at Diamante Farms, was also held during the Adequan Global Dressage Festival and helped riders prepare for the competitive youth classes.

Jochen Arl of Equestricon brought four international champion riders from Europe to compete in the Young Riders and Junior divisions as part of the 2015 Florida International Dressage Youth Festival. The four were welcomed at Diamante Farms to meet talented young riders from America. The young European riders — Dana van Lierop and Rosalie Bos from The Netherlands, Vivien Niemann from Germany, and Arl’s daughter Antonia from Belgium — swept the competition at the Adequan Global Dressage Festival’s Youth Festival.

Held for the third consecutive year, the youth party at Diamante Farms has grown tremendously from its first year to this year’s international gathering.

“We are here to join the Americans in their CDI in the youth division,” Jochen Arl said. “I think it’s a great opportunity to be here for us, and also for the Americans to compete against them.”

He added that what has happened to dressage in North America is amazing, and he believes it is ideal for his daughter, 14-year-old Antonia, to compete against the riders from Canada and the United States.

As head trainer at Diamante Farms, Devon Kane not only believes in promoting the world’s youth riders, but also assists them in achieving success. Diamante Farms has an indoor and outdoor arena with world-class footing and houses 21 horses, half of which are currently competing. The facility offers top-quality training, clinics, boarding and sales, and Devon Kane is dedicated to achieving the best performance possible in her horses. For more information, visit www.diamantefarms.com or call (561) 307-2831. 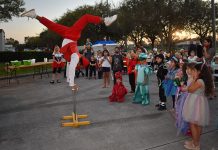