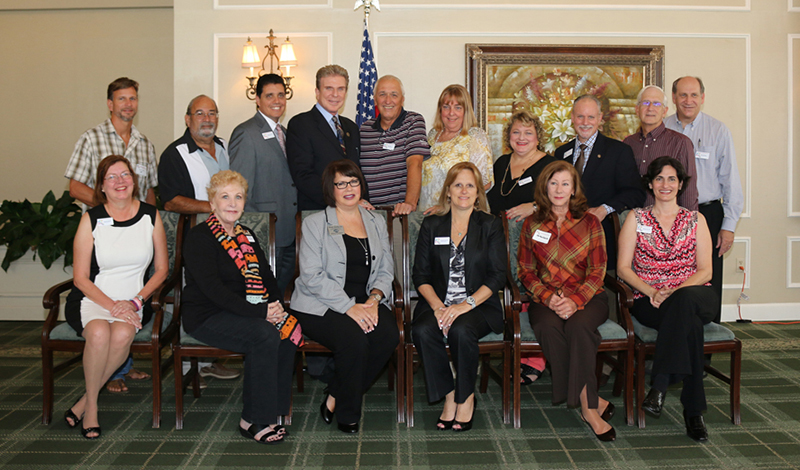 Just a year ago, Oct. 16, 2014, to be precise, the Western Business Alliance — a fledgling business networking group — held its first social event, with more than 120 area business members in attendance.

“Over the past year, the alliance has accomplished many of the goals originally set by the board,” Byrd said. “We held monthly socials, quarterly speed networking events and business power luncheons, as well as members-only events like Family Fun Day at Lion Country Safari. These events have fostered dozens of relationships and collaborations between members.”

The Western Business Alliance puts its focus on small businesses as it works to strengthen and support members.

“We will continue to offer networking and marketing strategies that have been a favorite with our members, increasing our emphasis on small business operations, local business startups and geographical business trends,” Byrd said.

Byrd asked if the room was filled with those involved with small businesses, which was met with enthusiastic applause.

“Small business is the engine of America,” he said. “It has been and always will be.”

For many years, Byrd was on the radio, and came to speak to the crowd about how they could use the media to promote and grow their businesses.

“There are all kinds of media,” he said, including terrestrial radio, Internet radio, newspapers, magazines, television, broadcast Internet, social media and more.

For more than 11 years, Byrd worked in New York City prior to moving to Florida, where he has seen media change, evolve and grow.

“The one thing that I would tell you for each person here is that the power of the human voice can never be matched,” he said. “It’s almost like a fingerprint. Each one of us has our own unique, different voice, and that’s very important to know, to remember and to utilize in your work.”

When he was on the air, Byrd said, he would participate in walks, runs, fundraisers and appearances to help others. More recently, he created a new platform called Palm Beach Live Work Play.

Nineteen years ago, when he moved here, he saw Palm Beach County as a special place to live.

“This can be the most fun, the most exciting place to be,” Byrd said. “There’s a reason why the tourism industry is booming in Palm Beach County.”

His web site is dedicated to sharing with others why Palm Beach County is the best place to live, work and play, and he is able to match advertisers with their needs, and offer video services. To visit Byrd’s web site, visit www.palmbeachlwp.com.

Byrd spoke about various avenues for getting out a message, including newspapers and magazines.

“The smaller, local newspapers… that’s a whole different thing. This is all about the local folks,” Byrd said. “Our pictures will wind up somewhere, in some local press. The Town-Crier, I’m sure it will probably be in there — I do subscribe to it, I try to keep up with the western suburbs like Wellington and Royal Palm Beach,” he said.

Additionally, he explained that the Internet and new media have changed how marketing works, as well as social media platforms.

“Having a mission, knowing the direction you’re going in, and then working toward that is so, so important,” he said. “It’s just teamwork.”

Advertising with something like www.palmbeachlwp.com provides a built-in audience, Byrd said. When you combine all of the people between the web site, Twitter and Facebook, the numbers add up, he said.

There are many programs within the Western Business Alliance, including member benefits and discounts for products and services. The initial goal of exceeding 100 members was reached in just one year. In the future, members can look forward to new leadership programs.

“It’s hard to believe that it has been a year,” Board Member Peter Wein said. “I’m thrilled at what everybody here has been able to do in creating the Western Business Alliance and being a part of it. I’m looking to bright, better and greater things in the future.”

The next Western Business Alliance social will take place at Tree’s Wings & Ribs in Royal Palm Beach on Thursday, Nov. 19. For more information, or to register, visit www.thewesternbusinessalliance.com.