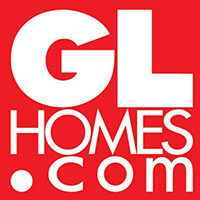 The Western Communities Council heard a presentation from GL Homes representatives on plans for the Indian Trails Grove development northwest of The Acreage on Wednesday at Royal Palm Beach Village Hall.

The developer is asking the county to change the land use designation on the 4,900-acre parcel from 0.1 to 0.8 homes per acre, similar to the density in The Acreage, where it stands to have the most impact.

Also included on the plan are some private civic sites, which could be used for day care facilities and other uses. The project also retains 1,000 acres on the western edge for agricultural use. About 640 acres will be dedicated to the Indian Trail Improvement District for stormwater management. GL Homes has also offered to become an activated unit of ITID if the district invites them.

“In addition to that, we have private recreational and fitness amenities that are afforded to the residents of the community that we build internal to the development,” Ratterree said. “The idea behind that was that it would be a very active, LA Fitness-type of community.”

Three commercial nodes will be on 47 acres scattered throughout the site.

“We are proposing 300,000 square feet of retail space and 50,000 square feet of office space,” Ratterree said. You’re all familiar with the amount of square footage that was approved with the Minto West/Westlake project. We are not trying to compete with that. These are really designed to be neighborhood centers that will provide amenities to the residents within the development, so that they can go to the grocery store or go to the drug store without having to leave the site.”

He added that residents wanting to attend regional activities anticipated at the nearby Minto site will be able to get there via 190th Ave. and 60th Street to Seminole Pratt Whitney Road.

The project will also have medium density residential pods of zero-lot-line and single-family pods, and lower density pods with a variation of different single-family home lot sizes up to 100-foot-wide lots or bigger.

He said the 0.8 units per acre overall is the same density as in The Acreage.

“We’re keeping it consistent with that density, which is the density of the old sector plan, if anyone remembers that, when it came through the county at .8 units per acre, and that equates to 3,943 total units,” Ratterree said.

A major component of the plan is the connectivity, which includes an 8-foot-wide internal pathway.

“We have 11.25 miles of that, and those are going to be open to the general public,” Ratterree said. “We will not allow the HOA to close those off.”

The project also plans 17.5 miles of equestrian trails primarily on the perimeter, but with connectivity to internal pathways so hikers or joggers can access the horse trails.

“Overall, when you count the open space that is internal to the residential development areas, as well as external open space, 66.67 percent of the site is in some form of open space for the overall plan,” Ratterree said. “I think we tried to do a good job of thinking our way through the needs of the Indian Trail Improvement District, retaining agricultural operations out there, as well as trying to provide some connectivity and some public amenities attributable to the overall development plan.”

Vehicular access points will be 60th Street from Seminole Pratt Whitney Road, which was dedicated by Minto; 190th Street and Orange Blvd. in the center, which will be the primary access; and Hamlin Blvd. to the north.

“We’ve been asked about if we were planning to widen any roads in that area west of Seminole Pratt Whitney Road. We are not proposing to widen any of those roads,” he said. “Those are two-lane roads, about five of them are paved and the rest of them are dirt.”

Getting to external roadway impact, GL Homes traffic engineer Bryan Kelly said that the project shows the expansion of numerous roads, including Northlake Blvd., the Beeline Highway and 60th Street from Seminole Pratt Whitney Road to 140th Avenue, which he said is part of the county’s long-range transportation plan and is a partially federally funded road that has not been built.

“We are proposing to fund that and build that, which provides a very convenient east-west reliever road to Orange, to Northlake and a lot of those major corridors,” Kelly said.

To the south, Okeechobee Blvd. from Seminole Pratt Whitney to E Road or F Road is planned for four lanes.

He said GL Homes has proposed to the county that it will make the roadway improvements that require widening.

“Part of the criticism is that the improvements are not getting made,” Ratterree said. “GL Homes has built millions of dollars of roadways in Palm Beach County. It’s not something that we’re adverse to. We just need to know what the county wants us to build. It’s proportionate share, meaning that we’re going to do the improvements. We are also committing that whatever the proportionate share is, or whatever that cost of improvement number is, we will add $5 million to that overall number, which will be paid pro rata as each unit [comes on line]. We’re trying to add a little additional money to the kitty, so to speak.”