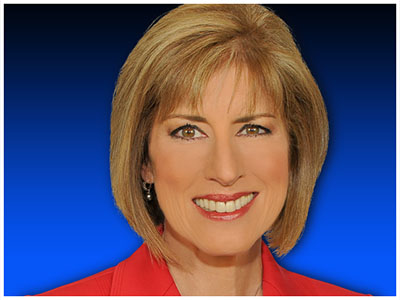 The Wellington Chamber of Commerce announced this week that it will be honoring local newswoman and community leader Roxanne Stein as its “Outstanding Citizen of the Year” on March 16.

The Outstanding Citizen of the Year award is awarded annually to a Wellington resident who displays outstanding service to the community and its residents, helping make Wellington a fantastic place to work, live and play.

Stein began anchoring “Today on 5” in 1993 when the morning newscast was revamped and expanded. She also helped to launch the WFLX Fox 29 morning news from 7 to 9 a.m. when WPTV took over production. Most recently, she helped, along with co-anchor John Favole, to begin the new hour-long “Today on 5” broadcast at 11 a.m.

After anchoring “Today on 5” from 4:30 to 7 a.m. for more than 22 years, Stein and Favole were reassigned to the Fox morning news. Her longevity on the newscast makes her one of the longest-tenured anchors on a single news broadcast. “I’m fortunate to have covered many major events,” she said.

She has attended Democratic and Republican national conventions, and she was at the White House when the hostages returned from Iran. She covered the Challenger tragedy and was back again to witness the nation’s return to space with the launch of Discovery.

Stein reported extensively on the disputed presidential election of 2000, and her coverage of the terrible events of Sept. 11, 2001 also included the inspiring unity of the American people. She helped families who lost loved ones in the tragedy tell their stories to viewers.

Stein helped guide viewers through hurricanes Frances, Jeanne and Wilma — staying on air for hours while many viewers listened through simulcast radio broadcasting.

She has widely covered Florida politics, serving as a panelist for several statewide debates, as well as covering the presidential debate at Lynn University and the Republican National Convention in Tampa.

Covering medical breakthroughs in South Florida has been a highlight of Stein’s career, allowing viewers insight into some of the latest treatments for serious illnesses and diseases.

The trust the public has in her was evident when Congressman Mark Foley granted her his only interview after his resignation from Congress. “Congressman Foley told me he had been courted extensively from well-known national broadcasters, including Oprah Winfrey and Barbara Walters,” she said.

She was recognized for her Foley reporting with a Telly Award. Her other awards include the Crystal Slipper Award for her reporting and volunteer work in South Florida, the Women With Wings and Wisdom Award, and the Girl Scouts of South Florida Emerald Award.

Stein and her husband, Steve Moss, have lived in Wellington for almost 20 years. They love the family lifestyle of the community and enjoy the many outdoor activities, including tennis, golf and equestrian activities. They enjoy their cats and their horse Eternity, aka Bamboo. Stein and Bamboo are frequent exhibitors in the hunter division at area horse shows.

Tickets to the luncheon will sell out. The event will be held on Wednesday, March 23 at the Wanderers Club in Wellington. Registration is 11:30 a.m. with the luncheon beginning promptly at noon. Tickets are $25 for chamber members and $35 for guests and nonmembers. No walk-ins will be admitted. For more information, call (561) 792-6525 or RSVP online at www.wellingtonchamber.com.