It was the third week in a row that the Broncos battled a top 10 team. The games have been competitive, but Palm Beach Central is still looking for its first victory.

Both teams struggled offensively due to stingy defensive play. The Raiders went to the air and struck first, taking a 7-0 first quarter lead. From there, the Broncos went to work on offense. They called upon their workhorse, running back Anthony Wynds. Palm Beach Central capped an 80-yard drive when Wynds drove it in, running over Glades Central defenders from 7 yards out. The score tied the game at 7-7.

The score ignited the Broncos, but the flame was snuffed out by the Raiders when they returned the ensuing kick 70 yards for the go-ahead score, 14-7.

Palm Beach Central found a spark in the storm to give the offense another shot. This time Bronco quarterback Nick Atkins balanced the attack with short passes, and running from Wynds. The drive placed the Broncos inside the Raider red zone.

The Broncos seemed to buckle down on defense, holding the Raider offense through the half. The defensive stand gave the Broncos a chance to go up before the half. A powering drive to the Raider 38-yard line fell short, and the first half ended tied at 14.

In the second half, receiver Jeremiah Anderson caught a 51-yard touchdown pass from Atkins, and the Broncos took a brief 21-14 lead. The lead would not stand, and the Raiders battled back, matching the Bronco score.

It was the Raiders offense that the Broncos could not stop in the second half. The Raiders were able to put up 24 second-half points to steal the win from the Broncos, 38-28. Tight end Tyler Baker had a short grab for a touchdown, but it would not be enough.

The Broncos won their kickoff classic 12-3 against Fort Pierce Central prior to the start of the regular season and are still in search of their first regular-season win at 0-5.

The Broncos will host West Boca High School for homecoming on Friday, Sept. 30 at 7 p.m. 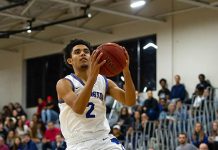 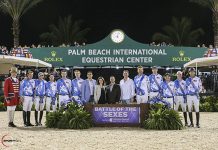 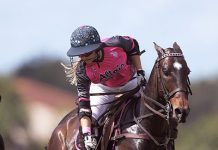