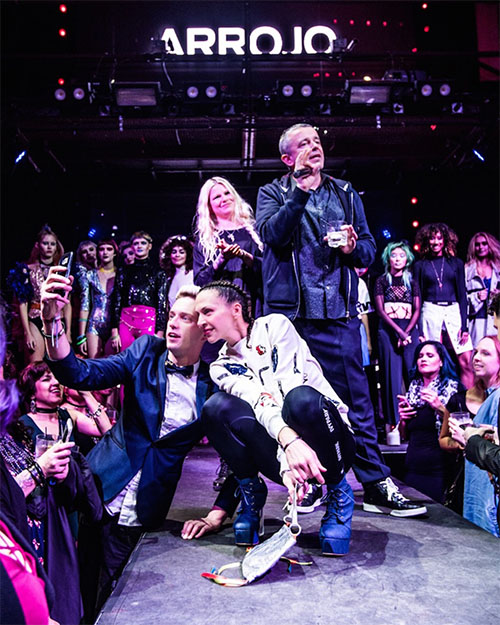 Staff members from Visions Salon in Wellington recently had the amazing opportunity to travel to New York City to attend Arrojo Expo 2016. Arrojo Expo is an annual event given by Nick Arrojo and his team for his ambassador salons all over the country. It is a weekend of education on every level. Four stylists from Visions attended hair classes, ranging from editorial styling to hair painting and razor cutting. In addition, management team members attended an advanced business symposium on topics such as optimizing social media that featured talks given by some of the most respected industry professionals. The weekend also featured a show-stopping runway hair presentation by the Arrojo team. Shown to the left, Visions Salon manager Christopher Crockford snaps a selfie with Lina Arrojo at Arrojo Expo 2016. Nick Arrojo and Arrojo Creative Director Amanda Jenkins are also pictured.