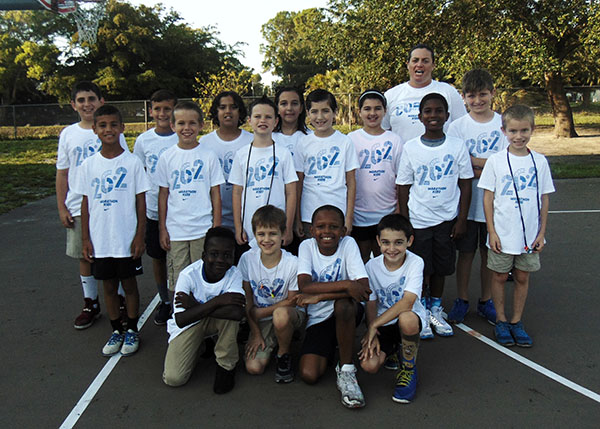 Equestrian Trails Elementary School recently got involved with Marathon Kids as a part of a grant the school received from Fuel Up to Play 60. It was a way to ramp up the school running club that already existed for students in grades two to five.

The Marathon Kids program encourages students to set goals. The highest was to run the distance equal to four marathons (104.8 miles) by running during club times one morning and one afternoon each week, running at home and participating in local 5K races.

The club has more than 50 participants, and those who come consistently were able to meet the goal levels.

Sixteen students ran the distance of one marathon, six of them ran two marathons, two reached the three-marathon goal and one is a few miles shy of his fourth marathon, and is determined to finish it before the end of the school year.

ABOVE: Members of the Equestrian Trails Marathon Kids.