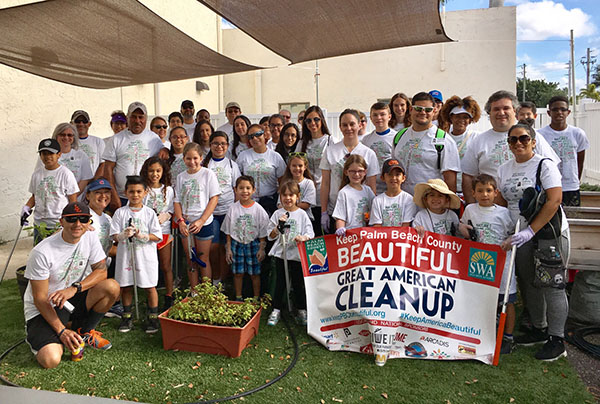 Western Academy Charter School has been recognized as a Green School of Excellence by the School District of Palm Beach County for the school’s new green initiatives. Last year, the school received the Green School of Quality award.

This year, Western Academy began converting the school lighting systems from traditional fluorescent to LED lights, which use less energy, save money and create a more comfortable learning environment. Himalayan Salt lamps were placed in classrooms for better air quality and to stimulate learning. After-school clubs and programs were formed that focused on health and well-being for students and teachers, such as the Fitbit Club.

The school was also awarded the Green Seed Money Mini Grant, which is part of the Green Recognition program. These funds were used to purchase and install a drip line and add more plants to the school’s botany garden. Also new this year was a green science night, and the Go Green Club hosted a Recycle Retail fundraiser, where students made products out of recycled, reused or re-purposed materials.

Students in the Go Green Club also came up with green ideas to raise the school’s Green School status and assisted in writing the Green Recognition Award application.

Water conservation signs have been placed throughout the school, and administration rerouted the dismissal exit and entrance patterns to speed up and smooth out the flow of traffic and reduce idling times.

Each year, the Parent Teacher Committee organizes a used uniform and book drive, where students donate their old uniforms and books for other students to use for the coming school year. The school also hosts and participates in the Keep Palm Beach County Beautiful cleanups throughout the school year, the International Coastal Cleanup, the Great American Cleanup, which was held April 29, and several campus cleanups as part of the Adopt-A-Spot program with the Solid Waste Authority. Because of the school’s participation in these programs, more than 200 pounds of trash and recycling were collected and responsibly disposed of this school year.

“We are thrilled that our new green initiatives have pushed us into the level of excellence, while at the same time teaching the students about helping the environment. We are proud of our green practices and initiatives, and are very honored to be recognized as a Green School of Excellence,” Principal Linda Terranova said.

Western Academy plans to continue ramping up green efforts during the next school year.