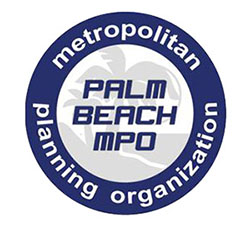 Royal Palm Beach Mayor Fred Pinto, the village’s liaison to the Palm Beach Metropolitan Planning Organization, said that the MPO is seeking an identity so that residents will recognize it as an important entity responsible for millions, if not billions, of dollars’ worth of road and other infrastructure improvements countywide.

Pinto reported on the MPO’s recent meeting to the Royal Palm Beach Village Council on May 18.

“It was really another interesting meeting,” Pinto said. “There was a lot of good information there.”

He said the MPO is interested in renaming or rebranding itself.

“They looked at different MPOs across the country, and a lot of them have gone down the path of changing what they are called,” Pinto said. “Most people, if you say, ‘the Metropolitan Planning Organization,’ they’ll probably think it’s a group of people who get together to put on shows or plays or something like that. There’s no connection that it’s a major transportation organization for mobility planning in Palm Beach County. And, more importantly, where the funds are allocated and directed.”

He said the MPO meeting featured a marketing group there that sought input on what direction officials felt the organization should go.

“We’ll be hearing back from them based on the feedback on what the next step may be in terms of this branding concept,” Pinto said, encouraging any members of the public to share an opinion, if they have one.

In other business, Pinto said the MPO formed a nine-member committee to review its current agreement with the county and options it can take when it comes up for review in a year.

“You may have heard me report on this a month or two ago, that there was a notion being floated about the MPO becoming privatized or independent, and perhaps breaking off from the county. That discussion has reemerged,” he said.

The county has an agreement executed in 2013 that provides staff and services to the MPO.

“That comes up for review in about a year, and what was recommended by the executive director, Nick Uhren, was that a committee be formed to review the current agreement,” Pinto said. “This subcommittee would come together and make a set of recommendations to the entire MPO.”

“The termination option would be that the MPO would be on the path of being an independent MPO and no longer associated with the county,” Pinto said. “The overall board did approve the formation of a committee. We have a nine-member committee, and Royal Palm Beach is represented on that committee. I will be working with them on that committee. I don’t know quite what I signed up for, but I’ll talk to my village manager about that.”

He said there is no sense of urgency, but the committee has a time line to formulate recommendations that the entire board would want to embrace.

Pinto also asked Village Attorney Jennifer Ashton about the status of a telecommunications bill that would allow cell phone providers to install repeaters on municipal utilities.

Ashton said the bill passed and awaits the governor’s signature. “Everything I’ve heard, it’s going to be signed,” she said.

Pinto asked Ashton to prepare a full report on the impact of the bill to the village.

Pinto also asked the village manager and council members to go to the MPO web page, www.palmbeachmpo.org, and review the draft Transportation Implementation Plan, which has numerous projects listed, and provide feedback.

“You should focus on projects that are listed in our back yard that really have an impact on Royal Palm Beach,” he said.

Pinto added that the subject of the long-planned State Road 7 extension, which has been fought against vehemently by the West Palm Beach members on the MPO for years, did not come up at all.

“I look at that as this thing is so far down the road that it’s happening; what’s the point of still debating it?” he asked.

In late March, Administrative Judge Bram Canter wrote an analysis that determined that the Florida Department of Transportation had complied with all applicable permit criteria to qualify for the SR 7 project.

The administrative judge’s order will now be presented to the South Florida Water Management District to submit to the state for a permit authorizing the extension, as well as a permit from the U.S. Army Corps of Engineers.