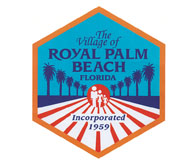 Ordinance No. 952 was brought for its first reading before the Royal Palm Beach Village Council on June 15. The ordinance amends Chapter 26 of the village code to ensure that developers dedicate land or pay a fee in lieu of parkland for a new residential area.

Chapter 22 of the code addresses this assurance of parkland throughout the village for platted developments. However, Chapter 26 is slightly different.

“We only have it when we have a plat,” Village Attorney Jennifer Ashton said. “We have some properties in the village that do not need to be platted, yet they are being marketed for potential property development. We need to ensure that we are able to capture these properties that don’t need plats, and we need to make sure that we get that parkland for these future residents.”

This way, the village can safeguard existing public facilities and parks in the village by ensuring that new residential developments must dedicate a portion of the land for public use. The dedication or fee for parkland must be determined before a developer is issued its first building permit.

The code has changed as to the requirements for how the dedication of land is to be calculated based on the type of development that it could be.

During the council review of the impact fee study conducted by the consulting firm Tindale Oliver, the council was told that the number three might not be the best number for multi-family homes, senior housing facilities, convalescent care facilities and nursing homes, Ashton explained.

“So, we have adjusted to what we think would be an adequate number for different types of developments,” Ashton said.

For the single-family homes, three people will stay; multi-family is down to two and a half. For senior housing, it won’t be based on number of people in a living situation but on the number of maximum occupants in a facility.

Park requirements are not only being based on the impact fee study completed recently, Ashton said.

“A year and a half ago, we revised our senior housing code, and we changed our density requirements from number of persons per unit to number of beds because senior housing is just a different animal altogether,” Ashton said. “We have concluded that certain dedications of parkland may be too small to do anything with.”

For example, one acre of land was said to most likely not be useful for any kind of park development. However, when there is parkland of 10 acres or more, the village wants to guarantee that there will be a dedication of land for public use, primarily the residents who would live in the new development.

“I’m very happy that you’re ensuring that we maintain the quality of life with sufficient parks and recreation facilities, as we presently have,” Commissioner June Perrin said. “That’s why most of us moved here, because we like that non-density area and want that freedom.”

Perrin made a motion to approve Ordinance No. 952, seconded by Commissioner Charles Plummer. The motion carried unanimously.

Ordinance No. 953 closely relates to the amendment to Chapter 26 of the zoning code.

Royal Palm Beach impact fees were last updated in 1996. Based on the Tindale Oliver study, the ordinance recommends the elimination of law enforcement, fire protection and rescue impact fees.

“The village got out of that business,” Ashton said. “We just sold the fire stations to Palm Beach County, so we don’t have any capital infrastructure needs for fire-rescue anymore.”

Ashton said if Royal Palm Beach ever began to offer those services through its own municipality again, those impact fees would return.

Currently, village law enforcement is all done through the Palm Beach County Sheriff’s Office, so there is no longer a need to have an impact fee in that area.

“In the event we are ready to do upgrades to the District 9 command center, we would cover that under our public buildings impact fee,” Ashton said.

Parkland acquisition is being removed from the park facilities impact fee and being covered elsewhere.

“We have been collecting under both for a while and not giving credits. The reason we were not giving credits is because our impact fees were so low because they had not been updated in a very long time,” Ashton said.

All municipal buildings, including parks and recreation buildings, will be moved under one category — public buildings.

“We thought that would be much easier, just for identification purposes,” Ashton said.

The impact fees for the parks and recreation facilities and all other public buildings are being raised by 66 percent, as recommended by village staff at the June 15 council meeting. The increase won’t take effect until Oct. 5 due to Florida law requiring that notice for an increase in impact fees be given 90 days before it becomes effective.

“I’m glad to see that we’re moving into the current time,” Perrin said. “We need to move forward, and, as we stated with the 66 percent, that should put us in a better operating condition.”

A motion to approve Ordinance No. 953 was made by Commissioner Ross Shillingford and seconded by Plummer. The motion passed unanimously.