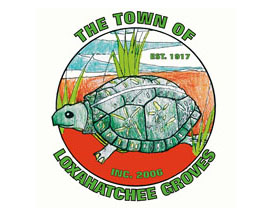 Property owners in Loxahatchee Groves are likely to see a significant tax increase in fiscal year 2017-18 due to an increase in their public safety services and the accompanying cost from the Palm Beach County Sheriff’s Office.

The town’s budget is up for adoption of the Truth in Millage (TRIM) rate at the Tuesday, July 18 meeting of the Loxahatchee Groves Town Council. The approval will include the solid waste assessment and preliminary property tax rate.

Added PBSO services will include full-time deputies with trucks assigned to the town, which has not had a deputy assigned specifically to the town in the past.

In May, the council approved a resolution accepting the rate increase after a presentation by PBSO Maj. Tony Araujo, who said the town has been paying about a 2 percent increase in services per year for the past 10 years, which has carried the cost from about $250,000 per year initially to $294,000 the past year.

Town Manager Bill Underwood said the town got a very good deal in the past, but the added services will make up for the increased cost.

“With the college coming in and the new shopping center coming in, and the possibility of other things, and the town has approved other projects that have not come to fruition, the sheriff felt as though it should be a more equitable cost for the town, so they moved from the $294,000 range to $610,000,” Underwood told the Town-Crier on Tuesday.

He said the town will have an on-duty deputy available 24 hours a day, seven days a week.

“Although we had deputies available, we did not have one assigned to the town. The budget is for five officers, which is needed in order to provide 24-hour-a-day service seven days a week,” he said, explaining that the transition will be incremental.

He said the deputies will be offered a dedicated office at Loxahatchee Groves Town Hall.

“We will increase the millage rate to accommodate the increase in the sheriff’s contract of roughly $316,000,” Underwood said.

He pointed out that an increase of that amount to accommodate the extra expense will require a unanimous vote by the council at its final budget adoption meeting in September, which is part of the TRIM legislation. If the council cannot approve the budget with the increased millage rate, it must operate off the old millage rate.

Underwood pointed out that the council could fund the PBSO increase, or it has the option of creating its own police department, and the PBSO has offered to assist if it goes that route.

Underwood said having deputies assigned to the town will enable the PBSO to do more as far as speed and through-truck enforcement on major roads.

“We have not been able to get much accomplished in that regard without having a dedicated employee,” he said. “I believe we will get improved law enforcement services.”

Underwood said the town negotiated for about three months on the new PBSO contract before the approval of the new 10-year contract in May.

“This is a significant change,” Underwood said at the May meeting.

During discussion of the contract, Vice Mayor Ron Jarriel stipulated that he would like a 4×4 pickup truck, rather than a squad car, assigned to the town.

Araujo said that every officer assigned to the town would have a pickup truck.

Jarriel said he was glad that the town would have five deputies who will get to know the town and its residents.

“They’re going to get to know where our problems lie,” he said. “Most of us know that the crime is getting worse here in Loxahatchee Groves, especially stealing. They’re doing it at night, and it’s costing the residents. The residents have to decide if it’s worth the [$316,000] more to have a dedicated police officer. I personally feel it’s worth it.”

Jarriel added that the council could offer a break in solid waste pickup to residents as an incentive.

Araujo also pointed out that the contract provides much more than just the street deputies.

Councilman Ryan Liang said he thought that if and when the cost of police reaches $1 million, the town should consider having its own police department.

“I think that’s the tipping point where the cost is roughly the same, although the PBSO does offer more services that our own police won’t offer,” Liang said. “At the same time, we don’t necessarily need all those extras, and we would be paying the PBSO to do those services anyway.”

Araujo said the PBSO would be glad to help the town start its own police department if it chose to.

“I would recommend you do a very thorough study of what the first-tier, second-tier and third-tier costs are,” he said.

Araujo said he thought the PBSO has carried the town for 10 years, but there is a lot of growth in Loxahatchee Groves that should be addressed from an enforcement standpoint.