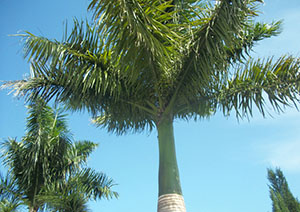 According to the staff report, with the village being almost built-out, there is a shift to preservation and maintenance of landscapes throughout the village.

“This ordinance is designed to give the village a much stronger tree preservation code than what we currently have, and it’s desperately needed,” Village Attorney Jennifer Ashton said at the July 25 meeting. “The Royal Palm Beach Village Council, and this board, for years have expressed concerns over the possible degradation of residential neighborhoods and commercial areas regarding the loss of trees.”

Prior to the proposed updates in the landscaping and vegetation code, Ashton said there was little that the village could do through code enforcement to protect and preserve trees. Now, fines would be possible. “This is designed to try to give us a little more teeth in keeping our tree canopy and help beautify the village at the same time,” Ashton said.

In the proposed update, there are new requirements for removal of plants and trees. Permits would need to be obtained before any vegetation removal in a commercial or residential area. The update gives the Planning & Zoning Department the ability to approve or deny vegetation removal permit applications, which it has been unable to do previously. This will help village staff protect specimen trees, a newly defined category in the code.

“We wanted to add in actual criteria, where they can either deny a permit application based on the type of tree it is, or the location, or size, or other factors like… causing flooding or causing erosion — things that they should be able to take into account in denying permits,” Ashton said.

The specimen trees receive additional protection under Chapter 15 in the code, where all the revisions are being made. These trees are said to have high value to the village, whether it has to do with age, size or species.

“For example, bald cypress trees. Those are considered highly valuable trees, and the larger that tree, the older the tree and the more importance it has as a specimen tree, the more we want to preserve it; the same with large oaks,” Ashton said. “We’ve included things like royal palms in there because, well, we are Royal Palm Beach.”

The code updates penalties for violating the proposed revisions, which haven’t existed since the code was last updated in 2001.

Now, the code proposes fines for tree abuse and hatracking, which are both newly defined in the revision. “Under the Florida Statutes, the fine can be up to $5,000 per tree,” Ashton said.

The code also updates requirements for nonconforming properties developed before Nov. 15, 2001. The code is intended to only exempt properties from the new minimum landscaping requirements and design standards.

“If you have a property that was built before 2001, you’re not required to comply with the village’s minimum landscaping requirements or design standards, which are things like how many trees you have to have on your property and how many shrubs you have to have,” Ashton said. “But, you do have to comply with maintenance standards. You have to keep your grass less than 12 inches. You cannot commit tree abuse. You cannot commit hatracking.”

The code also clarifies in the section for tree removal what any nonconforming or conforming properties must adhere to under proposed revisions.

“What we’ve clarified in the code has kind of been our practice already, but you have to replace [a tree or shrub] within our minimum requirements,” Ashton said.

This is for the village to avoid what it defines as substandard materials being put in place of a specimen plant or something close to it, such as a tree that is of Florida grade #1, newly defined in the code.

The ordinance received numerous recommendations to be added and eventually brought before the council.

One of the first recommendations by the commission was to hire an arborist for the village. Chairman Richard Becher brought up having a code enforcement magistrate who doesn’t have experience with vegetation.

“To me, an arborist would be ideal for the village to hire,” Becher said.

The council would make the ultimate decision to hire an arborist as a village staff member or consultant, Ashton said.

“But, I will tell you, cities that have very strong, robust preservation codes do have some kind of dedicated landscaping employee, or they have an arborist on staff,” she said.

Commissioner Ross Shillingford recommended there be a clarification for adding trees, since it indicates permits now would be required to remove trees.

“I think it would be helpful to add a statement that says that a permit is not required to add landscaping,” Shillingford said.

After Shillingford’s initial suggestion, the board recommended that the village look to replace a canopy with fewer larger tree specimens vs. many smaller trees that eventually would grow out to replace the lost canopy of a single large tree.

Commissioner Jackie Larson said that when you transplant a younger tree in the summer, it has less chance of survival.

“The nurseries no longer guarantee tree survival like they used to,” Larson said. “The objective, I believe, is to replace the canopy. If you encourage, instead of the five smaller ones that are minimum code, going larger, you improve your canopy quicker, and also, you have a better chance of survival.”

Development Review Coordinator Kevin Erwin noted the costs of small vs. larger trees planted by nurseries upon the staff’s recommendation.

“That’s going to be a cost issue, because the larger the caliber you have on the planting, the more the nursery is going to charge you,” Erwin said. “You’re looking at probably $300 for our minimum-size code tree. You’re talking over $1,000 for a 7-inch caliber, I would think.”

Becher recommended community outreach to help further educate the public about these updates to the code and the general treatment of landscaping on their properties.

“The village now wants to be very aggressive in saving the trees,” Becher said. “Why not use the park? I’m not saying you’ll get thousands of people, but you may get a decent number of residents who want to learn about their trees and their shrubs, increase their property values, maybe get a couple real estate agents who can show information on how a well-maintained piece of property increases their property value.”

“We have a huge park where we have events throughout the year. Why not have a two-day Arbor Day type of program?”

Larson made a motion to approve the changes to village’s landscape code, which passed unanimously.