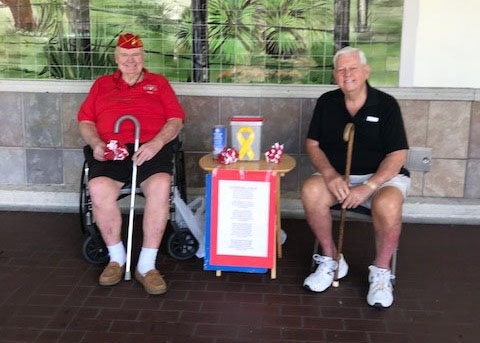 American Legion Auxiliary members spent Veterans Day weekend passing out poppies and conversing with residents and veterans, giving thanks to local veterans for their service, as well as current military members for protecting freedom. The use of the poppy to honor veterans and remember those who died dates back to World War I. After the war, the poppy flower flourished in Europe, becoming a symbol of the sacrifices made by Allied service members and Americans. Learn more about the American Legion Auxiliary’s poppy program at www.alaforveterans.org/poppy. To learn more about American Legion Auxiliary Royal Palm Beach Post #367, contact Marge Herzog at (561) 818-9114 or marge@herzog.ms.