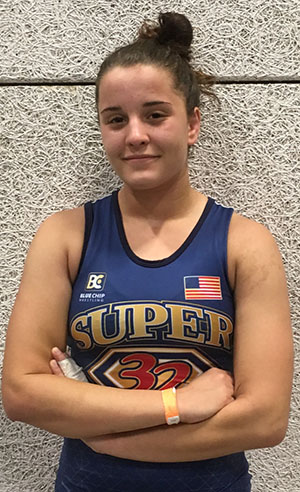 Hosanna Kropp, shown above, became the first Super 32 National All-American in Wellington Wresting Club and Wellington High School history, finishing in second place recently in the 130-pound girls division at the Super 32 National Tournament in Greensboro, N.C. Kropp, a junior, had a bye first round to the quarterfinals, and then moved on with a 5-5 win by criteria before winning a 10-0 match in the semifinals. In the finals, she met up with a multiple-time national champion and was defeated 10-0. The top 4 from each girls division were awarded the All-American honors.