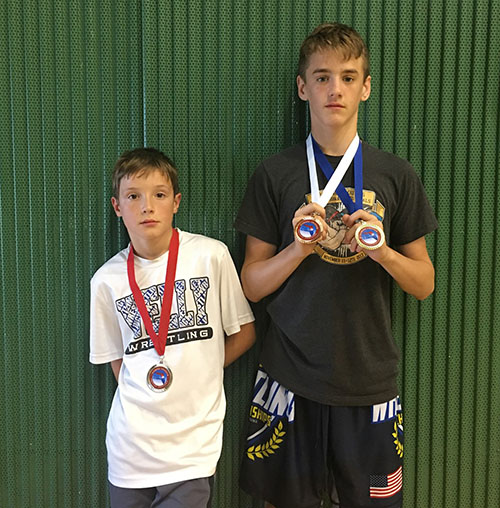 Two Wellington Wrestling Club youth wrestlers competed at the Tour of Florida event held at Palmetto Ridge High School in Naples last Saturday and both brought home top medals in the international styles of wrestling. Eighth-grader Ryan King was the champion Greco wrestler at his weight class (108 pounds) and finished in third place in the Freestyle division. Third grader Tyler Gray (75 pounds) finished second, losing in the finals of the Freestyle division, and placed fourth in his Greco bracket. The Wellington Wrestling Club will be travelling to Osceola High School this weekend to compete at the Father Devine Tournament, where wrestlers can qualify to advance to the Southeast Regional National Tournament held at the end of May. The Wellington Wrestling Club is available for beginner and advanced wrestlers. For more information, contact coach Travis Gray at travis.gray@palmbeachschools.org.