Representatives from 13th Floor Homes were on hand at the Wellington Community Center on Thursday, Sept. 6 to discuss their proposed Polo Club North development off Forest Hill Blvd. at a site once occupied by Palm Beach Polo’s north golf course.

More than 120 residents attended the meeting to learn more about the proposal, including Vice Mayor Michael Drahos and councilmen John McGovern and Michael Napoleone. Most of the residents speaking at the meeting were strongly opposed to the proposed residential development.

Palm Beach Polo developed the site in the 1970s as a golf course. Access was provided via a tunnel that runs beneath Forest Hill Blvd., which causes the street to noticeably elevate. The golf course, controlled by Palm Beach Polo’s Glenn Straub, was abandoned in 2002.

Polo Club North is the latest in a series of attempts to develop the property. Past attempts have included a mixed-use venue similar to City Place, medical usage, a hotel and a tennis camp. None have come to fruition, and the current proposal faces stiff opposition from property owners adjoining the site.

The development concept currently includes a mix of 225 single-family homes and townhomes. The single-family home prices would begin at $500,000, with the townhomes starting at $400,000. It would be a community with a homeowners’ association and an unmanned, electronic gate.

The concept includes 27 acres of open space — approximately 50 percent of the property — fragmented on the perimeter to comply with village code. The plan also calls for increasing the tree canopy and removing toxic chemicals that were sprayed on the course in the 1970s and 1980s.

There would be one access point to the property off Forest Hill Blvd. The traffic plan, which would also need the approval of Palm Beach County, calls for the addition of a 125-foot turning lane capable of handling 18 cars. A U-turn lane would also be constructed on Forest Hill Blvd., prior to the rise in elevation over the tunnel.

“The project doesn’t work with out a turning lane,” Nunziata said.

Ortega also proposed an optimized traffic signal to shorten wait times. Countywide, the average green light time is 160 seconds, but in Wellington, it can be as short as 120 seconds. The optimized signal would shorten this even further to minimize congestion on Forest Hill Blvd. but increase the wait times on streets such as The 12th Fairway.

The developers cited research from John Burns Real Estate Consulting to claim that existing property values would increase if the development were permitted.

One slide in the presentation seemed directed at members of the Wellington Village Council in attendance. It claims that the current tax revenue from the abandoned golf course was $27,000 annually, adding that the development would add far more to the village’s current tax base, in addition to millions in upfront impact fees.

A new lake area would be constructed to accommodate water runoff, which Nunziata claimed would increase the existing amount of water on the property and improve stormwater retention. A landscape buffer, which Nunziata described as a “wall of green,” would be placed 100 feet from existing property.

Nunziata and Daley spoke to the level of transparency their firm was adhering to in showing their plans to residents, but warned those in attendance that other developers might not be.

“This property is currently zoned commercial recreation, with minimal permitting, a [developer] could build nonprofit medical facilities or soup kitchens, medical or dental offices, [or] a gas station,” Nunziata said.

Residents at the meeting accused the developer of applying scare tactics, and village officials later explained that many of the ideas suggested would not be allowed under village code without land use and zoning changes.

“Only developments that support a golf course can be built,” Wellington Village Manager Paul Schofield told the Town-Crier after the meeting.

Drahos spoke to those in attendance, as well as the team from 13th Floor Homes. McGovern and Napoleone exited the room when he spoke to comply with the Sunshine Law.

“I grew up in this neighborhood,” Drahos said. “I threw rocks at alligators. I met with the [13th Floor Homes representatives] at their request and told them that I would not support it without overwhelming community support.”

At that point, Drahos asked for a show of a hands of those in attendance who supported the project. Only three hands went up.

“If we don’t have the support of the community, we won’t force it,” Nunziata said.

At that point, the presentation turned to a question-and-answer session with many in attendance using the opportunity to speak out against the development.

Residents complained about density, the lake and development of any kind, seeming to prefer the open space.

Carlos Arellano, who sits on Wellington’s Equestrian Preserve Committee, has lived in his home opposite the abandoned north course since 1979.

“We don’t want any homes,” Arellano said. “I’m not moving out, and I’m not planning to let you in.”

“I am speaking as a former mayor,” Wenham said. “Keep following this. You have to be there in the same strength and enthusiasm at the council meeting. Please continue your enthusiasm.”

Several residents said that they are still upset that the land is no longer a golf course.

“We bought golf course property at a premium,” said Jay Manning, a resident of the area since 1977. “[Owner Glenn Straub] bought it as a golf course knowing how it was zoned. It ought to stay recreation. You cannot make green space after its gone.” 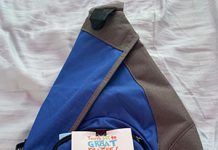 WHS Project Grad Honors All 617 Graduates And Thanks Sponsors 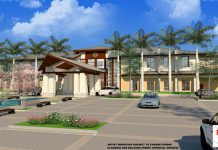 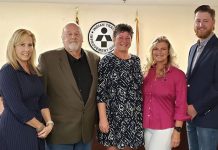 Next Town-Crier print edition out July 3.