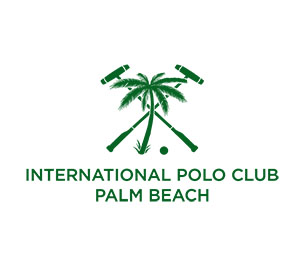 This heart-pounding competition is a true survival of the fittest, where the world’s preeminent teams, most skilled athletes and finest horses will come together for three months at the U.S. Polo Assn. Field at IPC in Wellington, where they will battle head-to-head for the coveted C.V. Whitney Cup, the USPA Gold Cup and the U.S. Open Polo Championship.

In this competition, there is more on the line than trophies and titles. The Gauntlet is the ultimate test, and the team that wins all three tournaments will be crowned Gauntlet Champion and take home a total prize of $1 million — the largest purse in the history of the sport. The 2019 tournament series begins with the C.V. Whitney Cup held Feb. 13-24, 2019, and continues with the USPA Gold Cup, set for Feb. 24 through March 24. It culminates with the U.S. Open Polo Championship to be held March 27 through April 21. The games will be livestreamed on the USPA Polo Network each week, with the final match aired to millions of viewers on CBS Sports on April 28.

“The Gauntlet will challenge the world’s top players and horses to strive for the most prestigious trophies in the United States and provide a new platform for athletes, teams, sponsors and polo fans,” said Robert Puetz, CEO of the USPA. “Vying for $1 million in prize money over the course of three months, the strongest teams and most talented players in the game will arise, elevating both their preparation and horses for the chance to etch their names in American polo history as the Gauntlet Champion.”

The Gauntlet brings the passion and drive of this esteemed sport to the foreground, testing the players’ mental and physical acumen.

“In order to expand interest in the sport, it is essential that emerging players, as well as new teams, have the opportunity to participate in elite tournaments,” said Mark Bellissimo, managing partner of Wellington Equestrian Partners and owner of IPC. “Supported by the immense and historic addition of prize money this season and our unprecedented partnership with the USPA and USPAGL, we will ensure a change in the trajectory of polo in this country.”

For the first time in the sport, the series will include a winner-take-all prize money format guaranteeing $125,000 to each of the winning teams of the C.V. Whitney Cup and the USPA Gold Cup, and a $250,000 prize for the winner of the U.S. Open Polo Championship. A $500,000 bonus will go to any team that wins all three tournaments in consecutive order as an additional incentive, yielding $1 million in total prize money.

“The idea of the Gauntlet of Polo is to create something new and different that will draw attention to the tournament series and emphasize the difficulty of a team winning the sport’s ultimate test — three tournaments, but only one champion,” said David Cummings, chairman of USPAGL. “The Gauntlet of Polo will elevate not only the spectator experience but will display the raw power and refined athleticism of the players and their horses.”